It is used to observe distinct images of heavenly bodies.

In the normal adjustment of the telescope, the final image is formed at infinity. 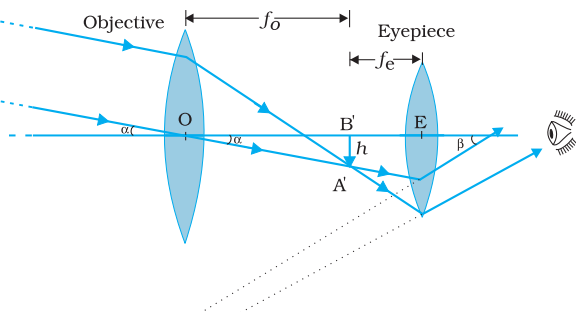 Note: In normal adjustment, distance between the lenses = f0 + fe. 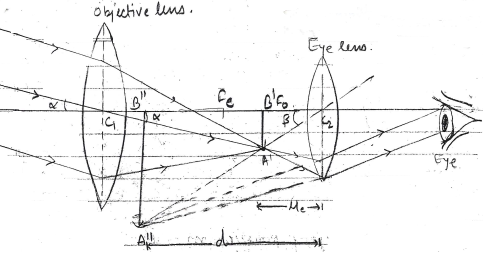