Where ω is called angular frequency of A.C and φ is known as phase constant. 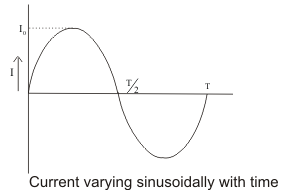 Complete set of variations of the current in one-time period T is called cycle.

where V0 is the peak value of alternating current.