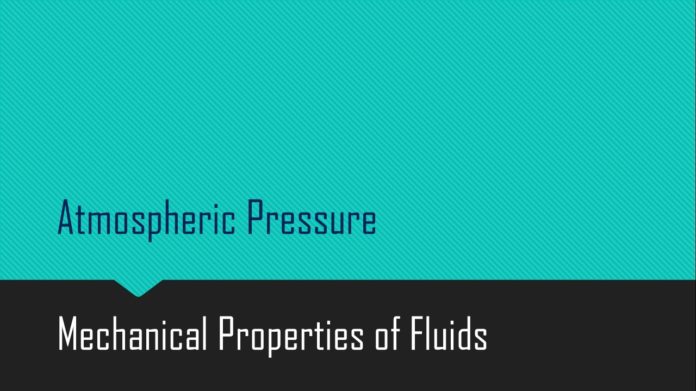 A long glass tube closed at one end and filled with mercury is inserted into a trough of mercury as shown in Fig.(a) . This device is known as mercury barometer. The space above the mercury column in the tube contains only mercury vapor whose pressure P is so small that it may be neglected. The pressure inside the column at point A must equal the pressure at point B, which is at the same level. Pressure at B = atmospheric pressure = Pa 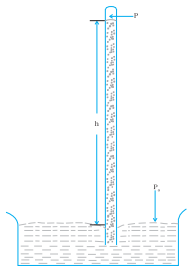