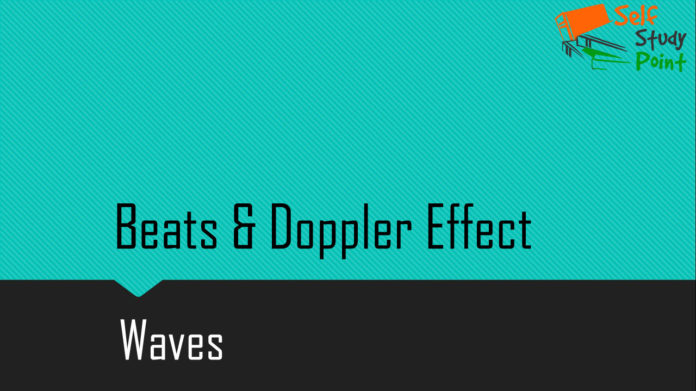 The phenomenon of wavering of sound intensity when two waves of nearly same frequencies and amplitudes traveling in the same direction, are superimposed on each other is called beats

If v, v0, vs, and vm are the velocities of sound, observer, source and medium respectively, then the apparent frequency

All velocities are taken positive in the source to observer (S → O) direction and negative in the opposite (O → S) direction.