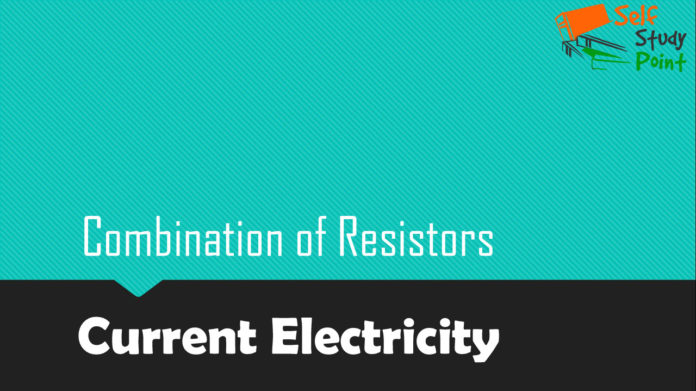 The current through a single resistor R across which there is a potential difference V is given by Ohm’s law I = V/R. Resistors are sometimes joined together and there are simple rules for calculation of equivalent resistance of such combination.

Two resistors are said to be in series if only one of their end points is joined.

Consider two resistors R1 and R2 in series. The charge which leaves R1 must be entering R2. Since current measures the rate of flow of charge, this means that the same current I flows through R1 and R2. By Ohm’s law:

This is as if the combination had an equivalent resistance Req, which by Ohm’s law is

In parallel combination of two resistors, the charge that flows in at A from the left flows out partly through R1 and partly through R2. The currents I, I1, I2 shown in the figure are the rates of flow of

Charge at the points indicated. Hence,

If the combination was replaced by an equivalent resistance Req, by Ohm’s law