Effect of Catalyst on Rate of Reaction

A catalyst is a substance which alters the rate of a reaction without itself undergoing any permanent chemical change.

The action of the catalyst 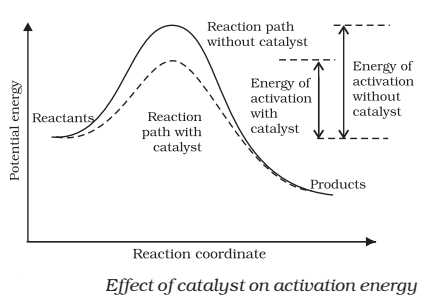 Catalyst provides an alternate pathway by reducing the activation energy between reactants and products and hence lowering the potential energy barrier.