Electromagnetic waves with the wavelength of the order of a few meters were first produced and detected in the laboratory by Hertz in 1887. He thus verified a basic prediction of Maxwell’s equations.

According to Maxwell, an accelerated charge is a source of electromagnetic radiation. 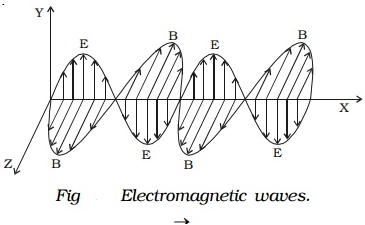 where μ is the permeability of the medium and ε its permittivity.