The equation of state of a perfect gas:

Gas laws are study of any two of quantities like pressure, volume and temperature when the third is kept constant

It states that the volume of a given mass of a gas is inversely proportional to its pressure, provided the temperature remains constant.

If P1 , V1 are initial pressure and volumes and P2 , V2 be final values then,

Graph between P and V at temperature T1 and T2 such that T1 < T2 are shown below, 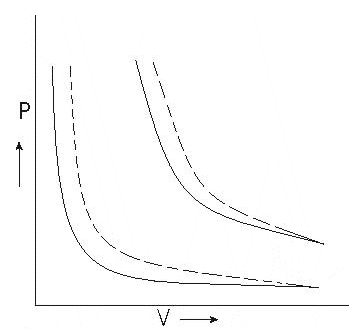 Graph above shows that Boyle’s law is strictly not obeyed by gases at all values of P and T but it obeys this law only at low pressure and high temperature i.e., at law density

It states that if the pressure remains constant, then the volume of a given mass of gas increases or decreases by 1/273.15 of its volume at 0℃ for each 1℃ rise or fall of temperature.

Graph between V and T 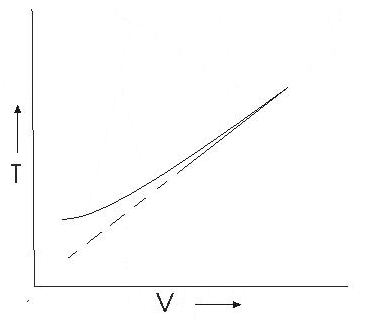