It is a closed path along which the electric current flows.

It is defined as the work done in carrying a unit charge from one point to another in an electric circuit. 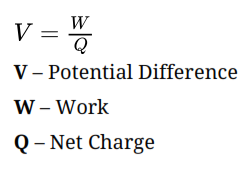 SI unit of potential difference is Volts. Denoted by “V”. It is named after Alessandro Volta.

When 1 Joule of work is done in carrying one coulomb (1C)of charge from one point to another of a current carrying conductor then the potential difference is said to be IV. 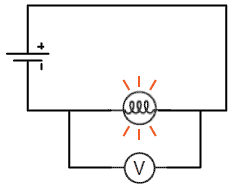