In 1678, Huygens proposed the waves theory of light. According to Huygens, light travels in the form of waves. These waves after emerging from the light source travel in all directions with the velocity of light. Since waves require a medium to travel. Huygens imagined an all-pervading medium called ‘luminiferous ether’. It was assumed that this hypothetical medium is weightless and can penetrate through matter. It has all properties necessary for the propagation of light waves. 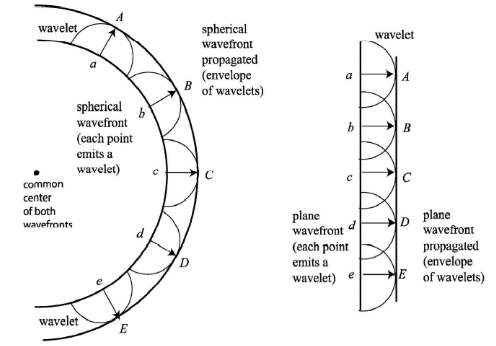 From the figure, the direction which the disturbance is propagated is called the ary. In a homogeneous isotropic medium, the rays are always normal to the wavefront.