Electrons and holes can be generated in a semiconductor crystal with heat energy or light energy. But in these cases, the conductivity remains very low. The efficient and convenient method of generating free electrons and holes is to add a very small amount of selected impurity inside the crystal. The impurity to be added is of the order of 100 ppm (parts per million). The process of addition of a very small amount of impurity into an intrinsic semiconductor is called doping. The impurity atoms are called dopants. The semiconductor containing impurity atoms is known as impure or doped or extrinsic semiconductor. 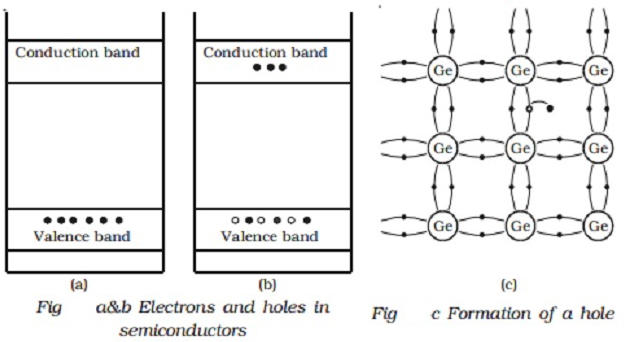