Surface Chemistry is that branch of chemistry which deals with the study of the phenomena occurring at the surface or interface, i.e., at the boundary separating two bulk phases.

The two bulk phases can be pure compounds or solutions. The interface is represented by putting a hyphen between the two bulk phases involved, e.g., solid-liquid or solid/liquid. No interface exists between gases as they are completely miscible. Important phenomena occur at the interface, e.g., dissolution, crystallization, corrosion, heterogeneous catalysis, electrode processes, etc

Example: if a gas gets adsorbed on to the surface of a solid, then the gas is termed as the adsorbate.

The adsorbent may be a solid or a liquid. Metal powders, powdered charcoal, animal charcoal silica powder etc. are commonly used as adsorbents. 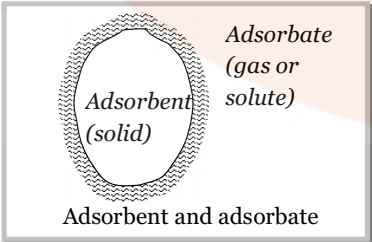 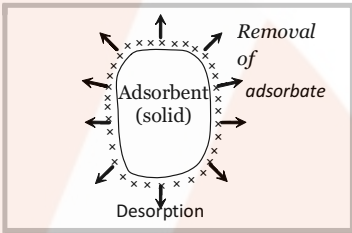 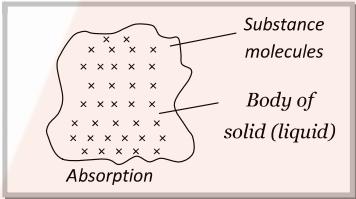 Adsorption is instantaneous i.e. a fast process while absorption is a slow process. 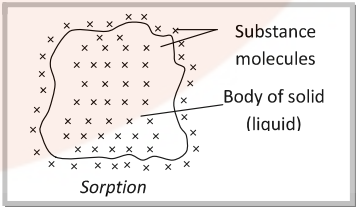