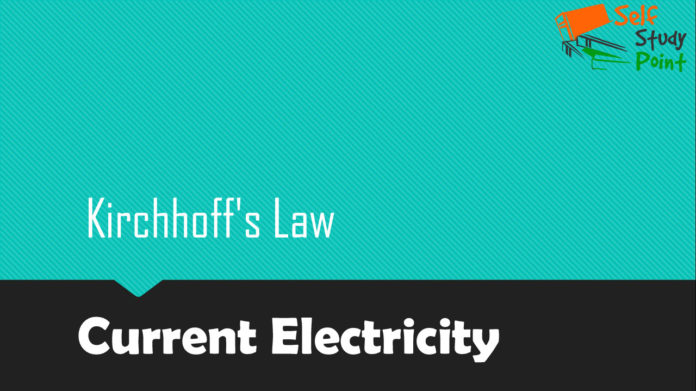 Electric circuits generally consist of a number of resistors and cells interconnected sometimes in a complicated way. The formulae we have derived earlier for series and parallel combinations of resistors are not always sufficient to determine all the currents and potential differences in the circuit. Before understanding these laws, we first define a few terms.

Mathematically, this law may be expressed as

Mathematically, the loop rule may be expressed as