The word protein is derived from Greek word, “proteios” which means primary or of prime importance. All proteins are polymers of -amino acids. 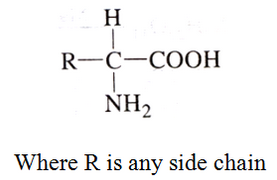 Peptide linkage is an amide linkage formed by condensation of two amino acids involving −NH2  group of one amino acid and the −COOH group of the other amino acid with the loss of water. 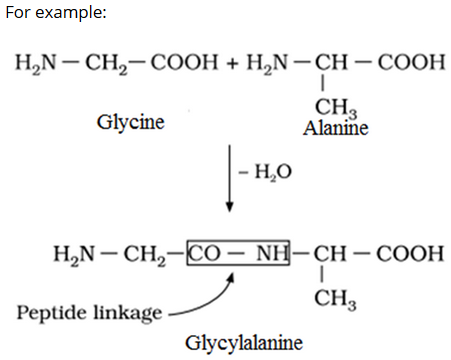 On the basis of number of amino acids undergoing the condensation, the peptides can be classified as:

Peptide having molecular mass higher than 10,000 u is called a protein.

On the basis their molecular shape, proteins can be classified as:

Structure and shape of proteins can be studied at four different levels, i.e., primary, secondary, tertiary and quaternary, each level being more complex than the previous one.

The sequence of amino acids is said to be the primary structure of a protein.

This structure of a protein refers to the shape in which a long polypeptide chain can exist.

There are two secondary structures of proteins:

The tertiary structure of proteins represents overall folding and superimposition of the polypeptide chains, i.e., further folding of the secondary structure giving rise to a ball shape or spheroidal shape structure.

It is stabilized by covalent, ionic, hydrogen and disulphide bonds. 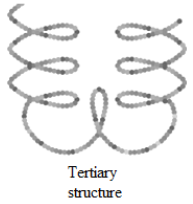 Some of the proteins are composed of two or more polypeptide chains referred to as sub-units. The spatial arrangement of these subunits with respect to each other is known as quaternary structure. 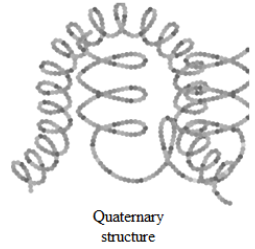