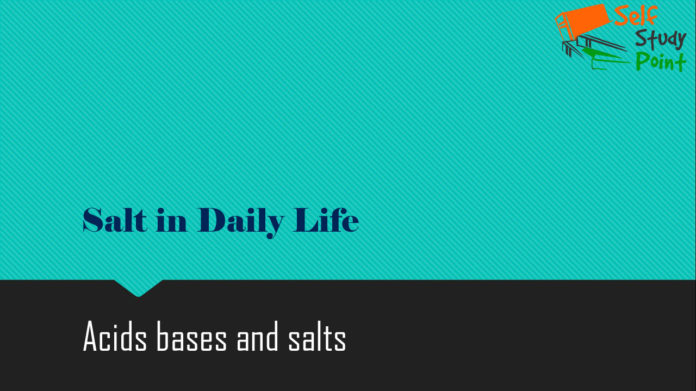 The common salt thus obtained is an important raw material for various materials of daily use, such as sodium hydroxide, baking soda, washing soda, bleaching powder and much more. Let us see how one substance is used for making all these different substances.

The soda commonly used in the kitchen for making tasty crispy pakoras is baking soda. Sometimes it is added for faster cooking. The chemical name of the compound is sodium hydrogen carbonate (NaHCO3). It is produced using sodium chloride as one of the raw materials.

Carbon dioxide produced during the reaction causes bread or cake to rise making them soft and spongy.