Temperature Dependency of a Rate of Reaction

According to collision theory, a reaction takes place because the reactant molecules collide with each other.

The minimum energy which the colliding molecules must have in order that the collision between them may be effective is called threshold energy.

Less is the activation energy, faster is the reaction.

In order that the reactants may change into products, they have to cross an energy barrier (corresponding to threshold energy). Reactant molecules absorb energy and form an intermediate called activated complex which immediately dissociates to form the products. 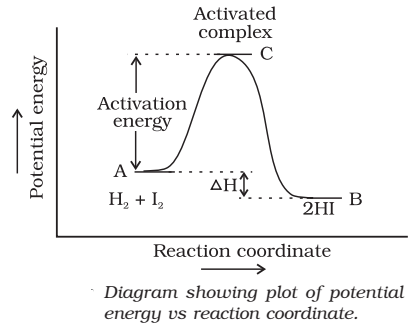 Temperature Dependence of the Rate of a Reaction

With the increase in temperature: