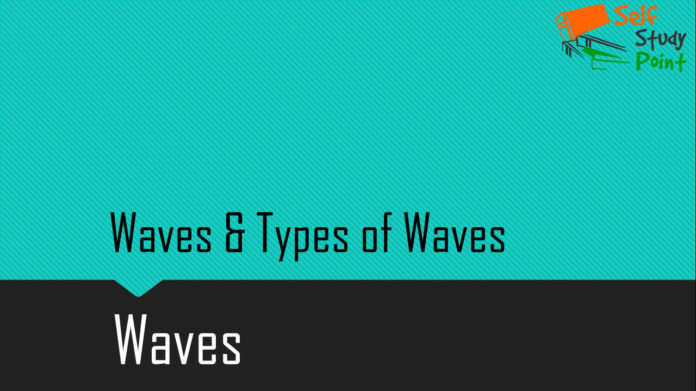 A wave is a disturbance that travels or propagates and transports energy and momentum without the transport of matter. The ripples on a pond, the sound we hear, visible light, radio and TV signals are a few examples of waves.

Sound, light and radio waves provide us with an effective means of transmitting and receiving energy and information.

Waves are of two types:

The figure shows a long and elastic spring. When we repeatedly push and pull on end of the spring, the compression and rarefaction of the spring travel along the spring. A particle on the string moves back and forth, parallel and anti-parallel to the direction of the wave velocity. 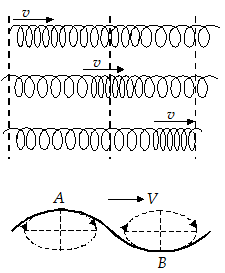 The waves on the surface of the water are of two kinds:

Capillary waves are ripples of fairly short wavelength – no more than a few centimeters. The restoring force that produces these waves is the surface tension of water.

Gravity waves have a wavelength of several meters and restoring force is the pull of gravity.

A wave, transverse or longitudinal, is said to be traveling or progressive if it travels from one point of the medium to another.