Valence bond theory states that the metal atom or ion under the influence of ligands can use its (n-1)d, ns, np or ns, np, nd orbitals for hybridisation to yield a set of equivalent orbitals of definite geometry such as octahedral, tetrahedral, square planar and so on. These hybridised orbitals are allowed to overlap with ligand orbitals that can donate electron pairs for bonding.

Thus the basic principles involved in the valence bond theory are:

Limitation of the Valence Bond theory

In crystal field theory (CFT), ligands are considered as point charges and the interaction between the ligands and the metal ion is purely electrostatic in nature. The five d-orbitals in an isolated gaseous metal atom/ion have same energy, i.e., they are degenerate. The degeneracy is lost in the presence of the ligand field.

The five d-orbitals are classified as:

Factors affecting the splitting of d-orbitals: 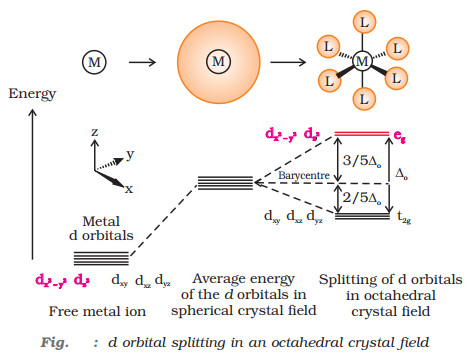 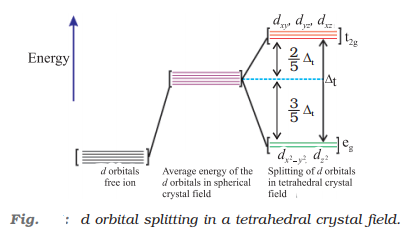