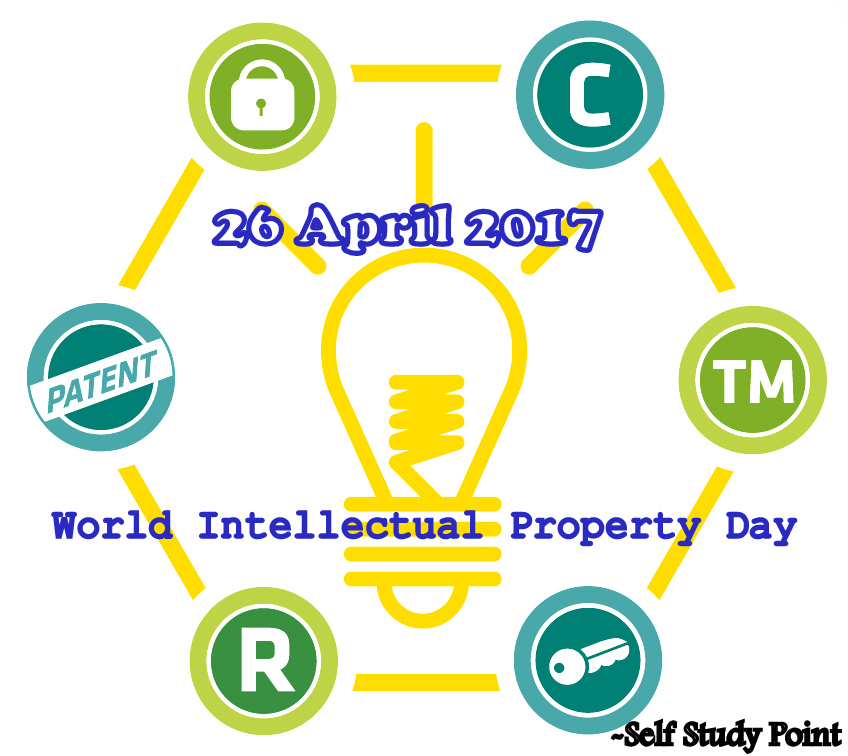 “raise awareness of how patents, copyright, trademarks and designs impact on daily life”

“to celebrate creativity, and the contribution made by creators and innovators to the development of societies across the globe”.

What is Intellectual Property(IP):

According to dictionary, Intellectual Property means

Intangible property that is the result of creativity, such as patents, copyrights, etc.

IPRs ensure of the IP to be its creator. Some of the IPRs are defined here:

A patent is a right granted to the owner of an IP that prevents others from making, using, importing or selling the invention without his permission. The patent is issued by Government or particular organizations.

According to dictionary, Copyright means

the exclusive and assignable legal right, given to the originator for a fixed number of years, to print, publish, perform, film, or record literary, artistic, or musical material.

The copyright gives the creator rights to it, generally for a limited time. Copyright does not apply ideas and information. Its only give right to form or the manner in which their idea is expressed.

According to its meaning in English, trademarks means,

a symbol, word, or words legally registered or established by use as representing a company or product.

One has right over his trademarks, as it represents them. One can’t copy other’s trademark.

A trade secret is a formula, recipe, process, design, instrument, a pattern which owner not want to share. Such as Coca-Cola never publicize its formula of taste. With this right, they can preserve it illegally.

Each year, a theme is associated with the day: