All these elements form two types of oxides: E2O3 and E2O5.

The oxides of the type E2O3 of nitrogen and phosphorus are purely acidic, that of arsenic and antimony amphoteric and those of bismuth is predominantly basic. 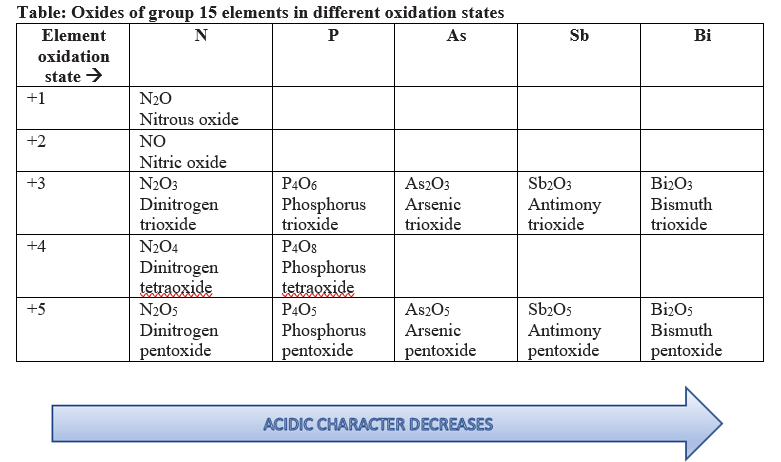 These elements react to form two series of halides: EX3 and EX5. Nitrogen does not form pentahalide due to non-availability of the d orbitals in its valence shell. Pentahalides are more covalent than trihalides. All the trihalides of these elements except those of nitrogen are stable. In case of nitrogen, only NF3 is known to be stable. Trihalides except BiF3 are predominantly covalent in nature.