A few examples of redox reaction on the basis of electronic concept are given below:

According to electronic concept every redox reaction consists of two steps known as half reactions.

Oxidising agents are those compounds which can oxidize others and reduce itself during the chemical reaction. Those reagents in which for an element, oxidation number decreases or which undergoes gain of electrons in a redox reaction are termed as oxidants.

Reducing agents are those compounds which can reduce other and oxidize itself during the chemical reaction. Those reagents in which for an element, oxidation number increases or which undergoes loss of electrons in a redox reaction are termed as reductants. 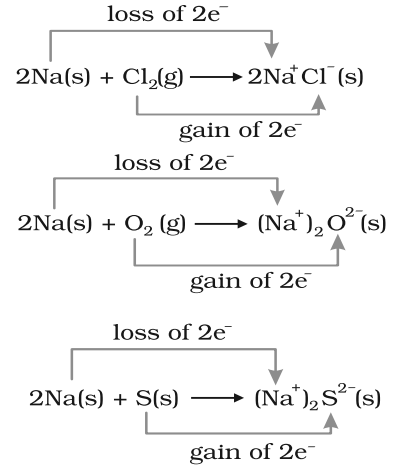 To understand this concept let us do an experiment.

Place a strip of metallic zinc in an aqueous solution of copper nitrate as shown in Fig. After one hour following changes will be notices.

Reaction takes place in the aqueous solution can be shown as: