The colloidal state depends on the particle size. It is regarded as an intermediate state between true solution and suspension. 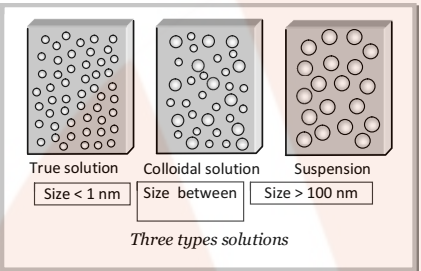 In true solution, the size of the particles of solute is very small and thus, these cannot be detected by any optical means and freely diffuse through membranes. It is a homogenous system.

The size of particles is large and, thus it can be seen by naked eye and do not pass through filter paper. It is a heterogeneous system.

Colloids are classified on the basis of the following criteria:

Classification Based on the Physical state of Dispersed Phase and Dispersion Medium:

Classification based on Nature of interaction between dispersed phase and dispersion medium: 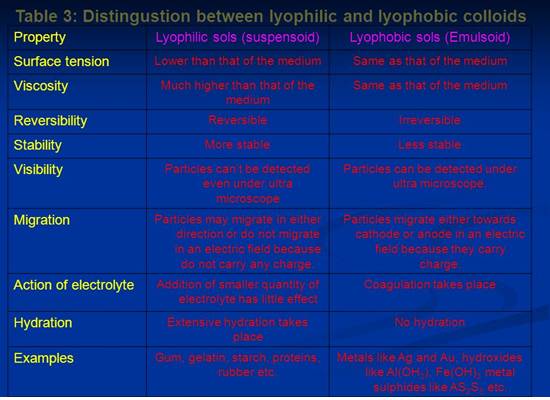 Classification based on types of particles of dispersed:

Micelles are the clusters or aggregated particles formed by the association of colloid in solution. The common examples of micelles are soaps and detergents. The formation of micelles takes place above a particular temperature called Kraft temperature(TK) and above a particular concentration called critical micellization concentration(CMC). They are capable of forming ions. Micelles may contain as many as 100 molecules or more 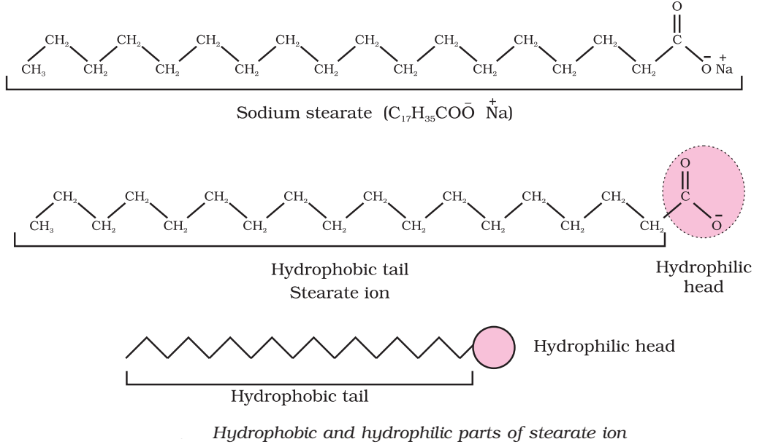 It has been mentioned earlier that a micelle consists of a hydrophobic hydrocarbon – like central core. The cleansing action of soap is due to the fact that soap molecules form the micelle around the oil droplet in such a way that hydrophobic part of the stearate ions is in the oil droplet and hydrophilic part projects out of the grease droplet like the bristles (Fig). Since the polar groups can interact with water, the oil droplet surrounded by stearate ions is now pulled in water and removed from the dirty surface. This soap helps in emulsification and washing away of oils and fats. The negatively charged sheath around the globules prevents them from coming together and forming aggregates. 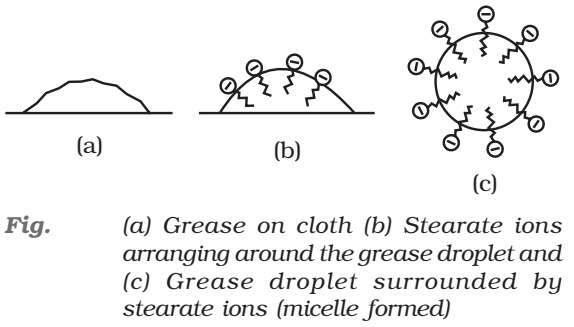 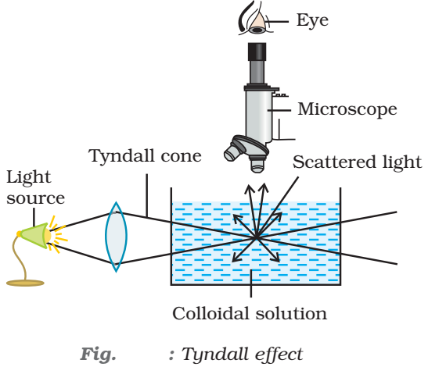 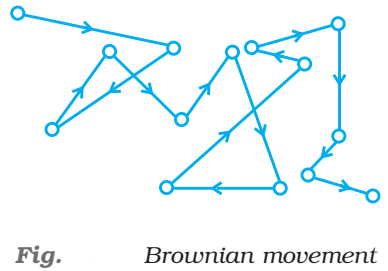 When electrophoresis, i.e., movement of particles is prevented by some suitable means, it is observed that the dispersion medium begins to move in an electric field. This phenomenon is termed electro-osmosis. 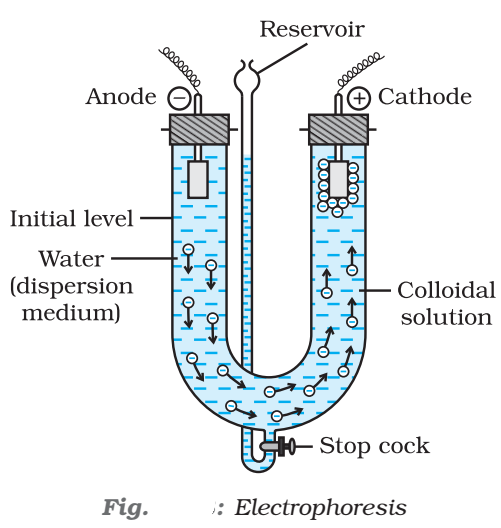 “The phenomenon of the precipitation of a colloidal solution by the addition of the excess of an electrolyte is called coagulation or flocculation.”

The coagulation of the lyophobic sols can be carried out in the following ways: