A gas which does not follow ideal gas behavior under all conditions of temperature and pressure is called real gas. 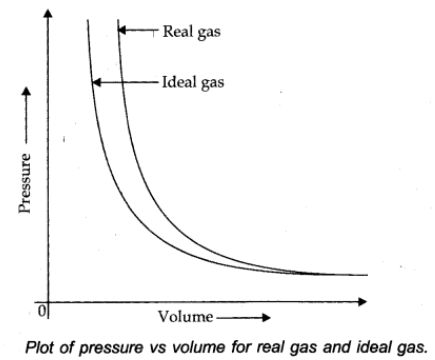 Deviation from ideal behavior can be measured in terms of compressibility factor, Z.

Z< 1 The gas show more compressibility and deviation are regarded as negative deviation. 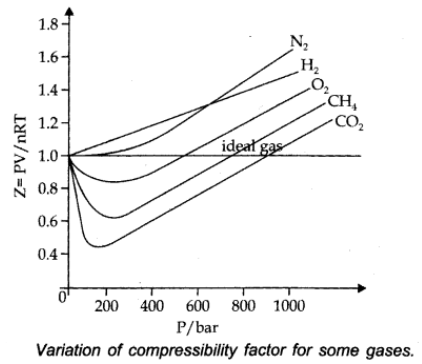 Above two assumptions of the kinetic theory of gas was found to be wrong at very high pressure and low temperature.

Liquefaction of gases can be achieved either by lowering the temperature or increasing the pressure of the gas simultaneously. 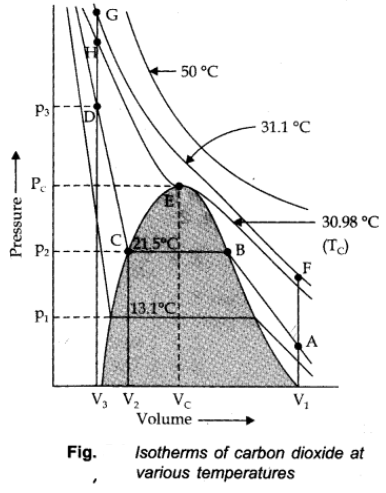 It is defined as that temperature above which a gas cannot be liquified however high pressure may be applied on the gas.

It is the pressure required to liquify the gas at the critical temperature.

For example: For CO2 to Liquify

All the three are collectively called critical constants