Electronic displacements in covalent bonds occurs due to the presence of an atom or group of different electronegativity or under the influence of some outside attaching group.
These lead to a number of effects which are as follows:

It involves c electron. The electrons which form a covalent bond are seldom shared equally between the two atoms. Due to different electronegatively electrons are displaced towards the more electronegative atom. This introduces a certain degree of polarity in the bond.

As chlorine is more electronegative, it will become negatively charged with respect to the carbon atom.

Some common atoms or group which cause +I or -I effects are shown below:

An inductive effect is not confined to the polarization of one bond.

The inductive effect of C3 upon C2 is significantly less than the effect of the chlorine atom on C.

Methods of Purification of organic Compounds:

This method is based on the difference in the solubilities of compound and impurities in a suitable solvent. The impure compound is dissolved in solvent at heated at higher temp. on cooling the hot and conc solution pure compounds crystallizes out. 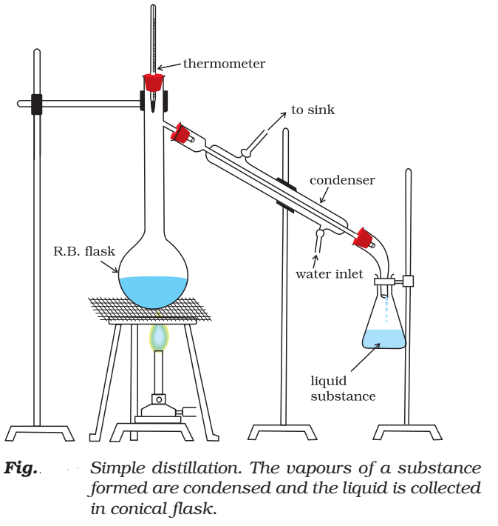 If the boiling points of two liquids is not much, they are separated by this method. 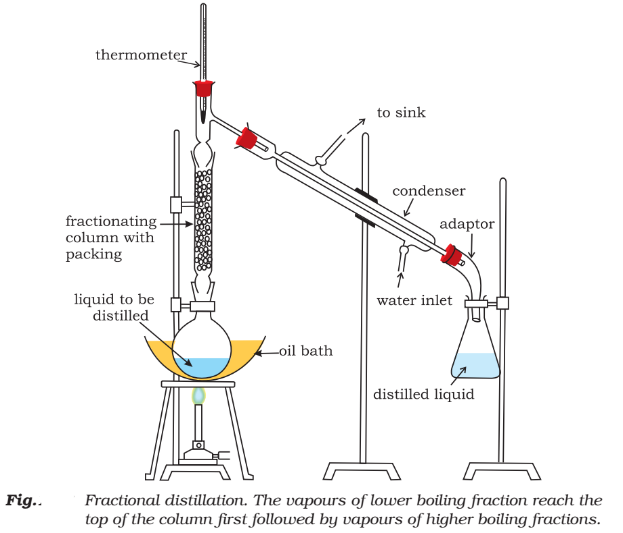 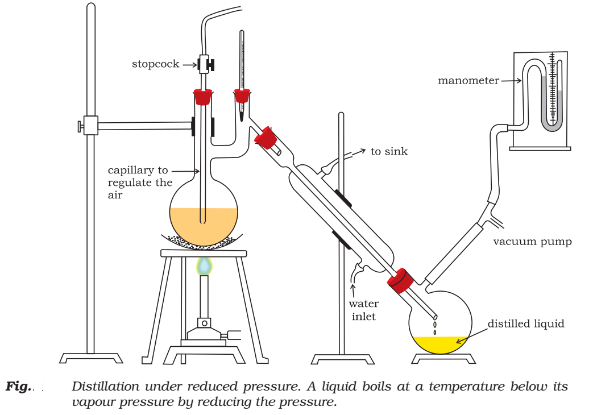 This method is used to separate substances which are steam volatile and are immiscible with water. 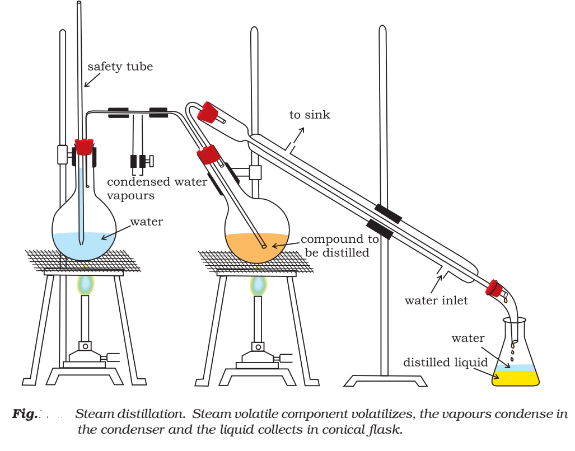 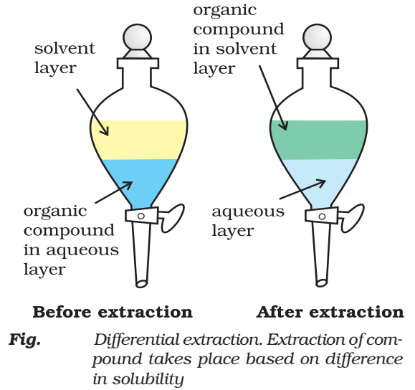 This technique is used to separate mixtures in to their components, purify the compounds and test the purity of compounds. 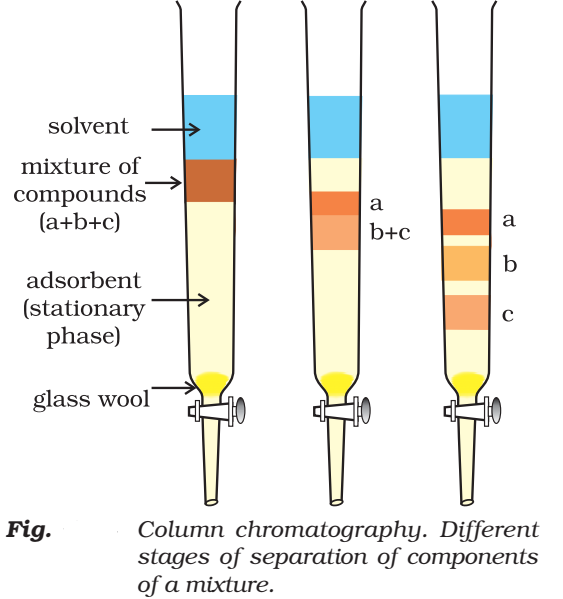