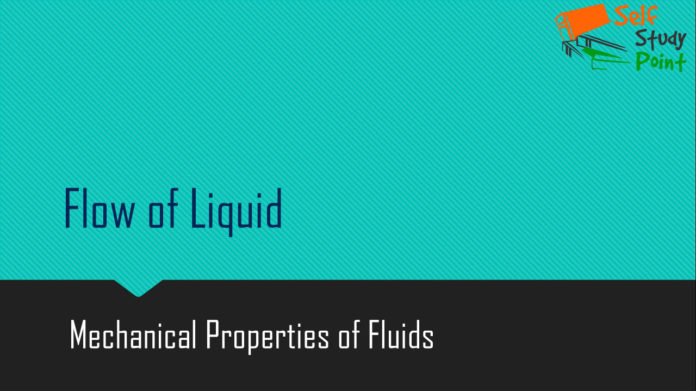 The flow of liquid in which each of its particle follows the same path as followed by the proceeding particles, is called streamline flow.

The steady flow of liquid over a horizontal surface in the form of layers of different velocities is called laminar flow.

The flow of liquid with a velocity greater than its critical velocity is disordered and called turbulent flow.

The critical velocity is that velocity of liquid flow, below which its fl is streamlined and above which it becomes turbulent.

η = coefficient of viscosity of liquid

r = radius of capillary tube and

ρ = density of the liquid.

Where p = density of the liquid and vc = critical velocity. For pure water flowing in a cylindrical pipe, K is about 1000.

It has no unit and dimension.