Glucose is a monosaccharide’s with molecular formula C6H12O6. It is present in sweet fruits and in honey.

#2 Preparation of Glucose From starch C6H10O5:

Glucose is an aldohexose and is also known as dextrose. It is the monomer of many of the larger carbohydrates, namely starch, cellulose.

These two optical isomers differ in configuration around any other C atom other than C1 atom.

In D-Glucose, −OH group on first chiral `C’ from the bottom is on right hand.

In L-Glucose, −OH group points to the left of chiral carbon. 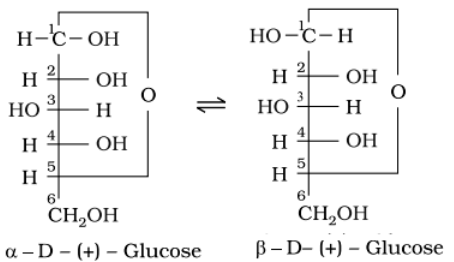