The human eye is the optical instrument used which enables us to see. It acts like a camera, enable us to capture the colourful picture of the surroundings. An inverted, real image on light sensitive is formed on the Retina 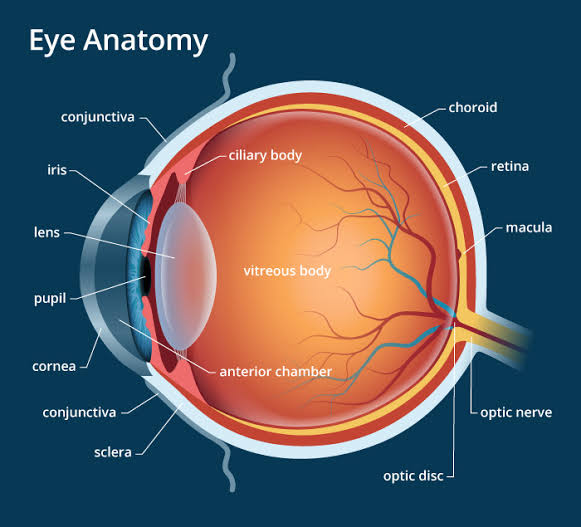 The Various Parts of Eye and their Functions

How does Pupil work?

Example: You would have observed that when you come out of the cinema hall after watching a movie, in the bright sunlight, your eyes get closed. And when you enter the hall from the bright light, you won’t able to see but after some time you would be able to see. Here the pupil of an eye provides a variable aperture, whose size is controlled by the iris

Persistence of Vision: It is the time for which the sensation of an object continues in the eye. It is about 1/16th of a second.

Defects of Vision and their Correction

The image cannot be seen distinctly because the eye lens becomes milky and cloudy. This condition is known as cataract, it can cause complete or partial loss of vision. This can be corrected by surgical removal of extra growth (cataract surgery).

A person can see the nearby object clearly, but cannot see a distant object distinctly.

The image formed in front of the retina. 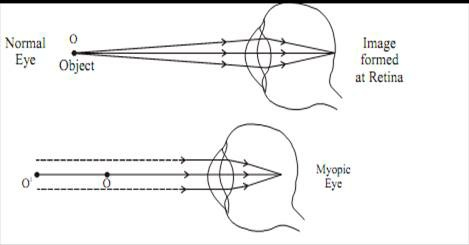 The Reason of defect

Corrected by using a Concave Lens of appropriate power.

A person cannot see a nearby object clearly, but can see a distant object distinctly.

Image formed at a point behind the retina

The Reason of defect

Corrected by using a Convex Lens of appropriate power.

As we become old, the power of accommodation of the eye usually decreases, the near point gradually recedes away. This defect is called Presbyopia, a special kind of Hypermetropia. Person may suffer from both myopia and hypermetropia.

Gradual weakening of ciliary muscles and decreasing the flexibility of the eye lens.