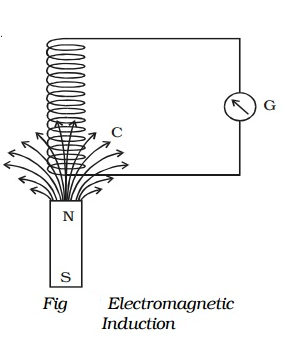 Fig consists of a cylindrical coil C made up of several turns of insulated copper wire connected in series to a sensitive galvanometer G. A strong bar magnet NS with its the North Pole pointing towards the coil is moved up and down. The following inferences were made by Faraday.