Chemistry is the branch of science that deals with the composition, structure and properties of matter. Chemistry is called the science of atoms and molecule.

Anything which has mass and occupies space is called matter.

For example, book, pencil, water, air is composed of matter as we know that they have mass and they occupy space. 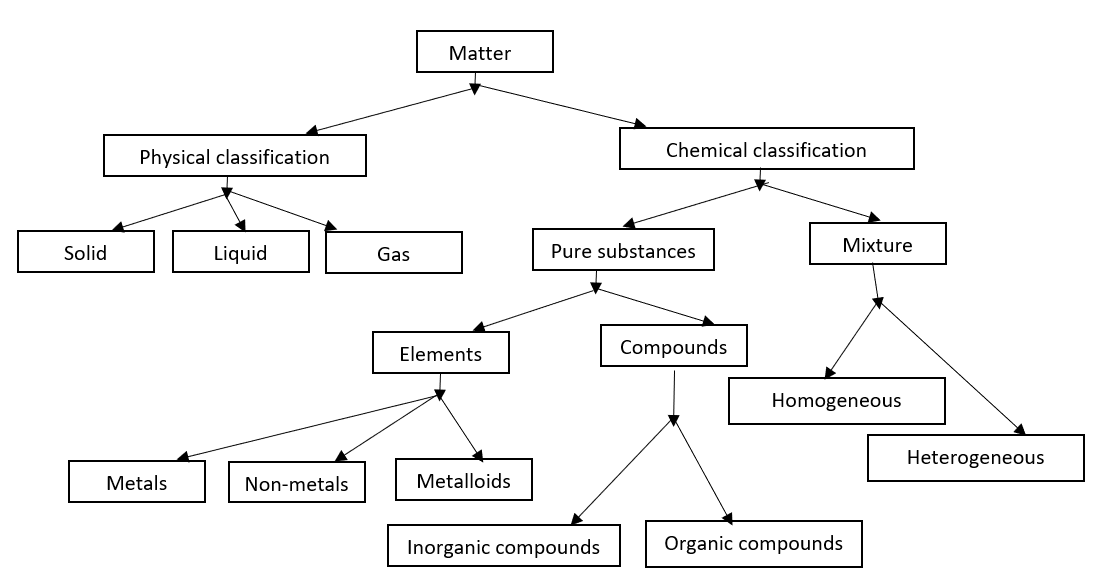 Properties of Matter and Their Measurement

A mixture contains two or more substances present in it (in any ratio) which are called its components. A mixture may be homogeneous or heterogeneous.

A material containing only one substance is called a pure substance. Pure substances can be further classified into elements and compounds.

A compound can be further classified into the inorganic and organic compound.

A unit is defined as the standard of reference chosen to measure any physical quantity.

The International System of Units (in French Le Systeme International d’Unités – abbreviated as SI) was established by the 11th General Conference on Weights and Measures (CGPM from Conference Generale des Poids at Measures).

The SI system has seven base units and they are listed in the table given below. 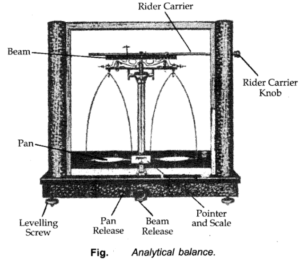 It is the force exerted by gravity on an object. The weight of substance may vary from one place to another due to change in gravity.

The mass density or density of a material is defined as its mass per unit volume. The symbol most often used for density is (the lower case Greek letter rho). SI unit of density is kg m-3.

Temperature is a physical property of matter that quantitatively expresses the common notions of hot and cold. There are three common scales to measure temperature — °C (degree Celsius), °F (degree Fahrenheit) and K (Kelvin). The temperature on two scales is related to each other by the following relationship:

All scientific measurement involves a certain degree of error or uncertainty. The errors which arise depend upon two factors.

In which any number can be represented in the form N x 10n where n is an exponent having positive or negative values and N can vary between 1 to 10).