The energy emitted by the sun in form of heat and light is called solar energy.

Outer edge of the earth receives solar energy equal to 1.4 kJ/s.m2 which is known as solar constant.

A large number of devices that utilize solar energy directly like : 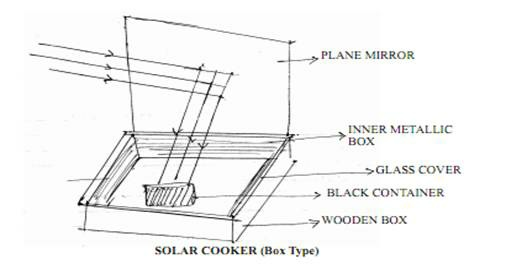 Solar cells are device that convert Solar energy into electricity. Solar cell develops a voltage of 0.5 – IV and can produce about 0.7 W of electricity.

A large number of Solar Cells connected to each other in an arrangement is called solar panel.

Energy from the Sea or Ocean (Tidal Energy)

The energy from the sea is available in the following forms:

(i) Energy of Sea Waves

The tidal energy possessed by water during tides.

Nuclear energy is the energy which is stored in the nucleus of an atom.

Nuclear energy is of two types

How long will energy source last