For the reaction involving cleavage of C – O bond, the reactivity order is 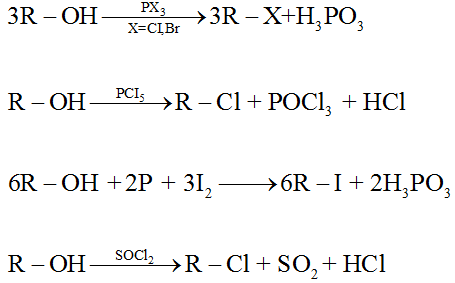 Depending upon the structure of the alcohol and the type of oxidising agent used, oxidation of alcohol gives different products. 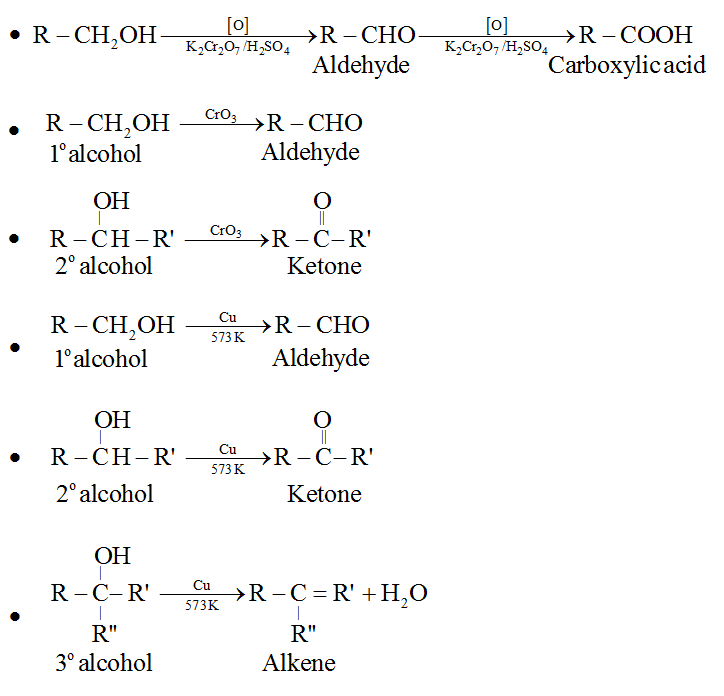 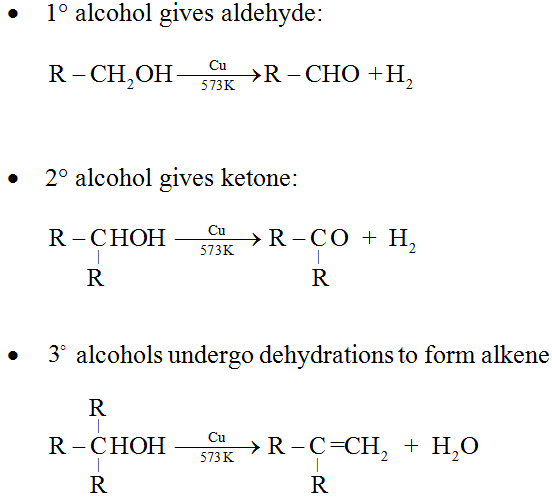 The ease of dehydration of three alcohols increases in the order