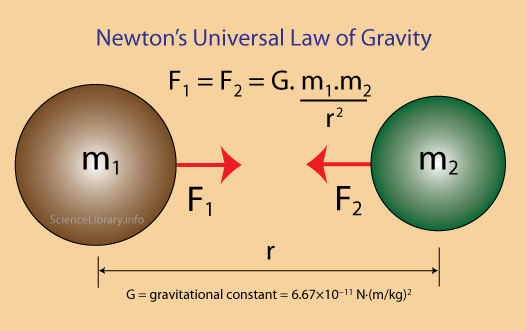 Gravitation is the name given to the force of attraction acting between any two bodies of the universe.

If we substitute these numbers in above equation, we get a value of am much smaller than the value of acceleration due to gravity g on the surface of the earth, arising also due to earth’s gravitational attraction.

where G is the universal gravitational constant.

It is equal to the force of attraction acting between two bodies each of unit mass, whose centers are placed unit distance apart. Value of G is constant throughout the universe. It is a scalar quantity. The dimensional formula G = [M-1 L3 T-2]. In SI unit, the value of 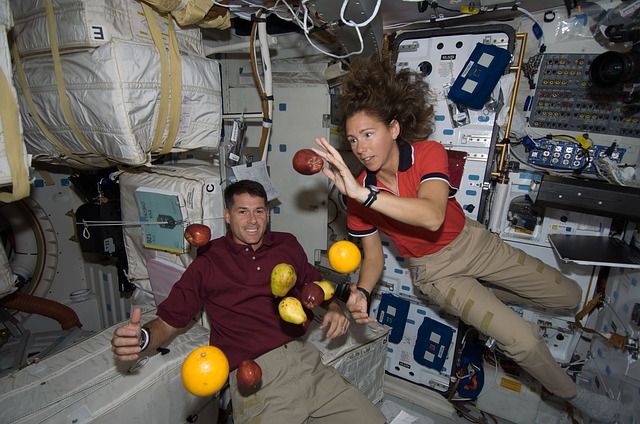