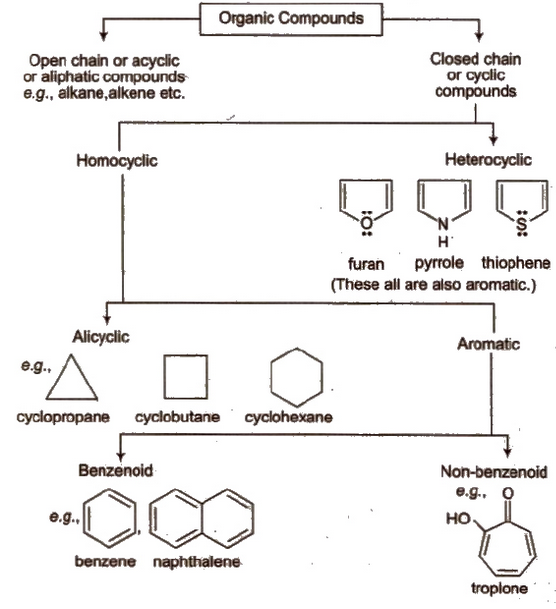 These compounds are also called as aliphatic compounds and consist of straight or branched chain compounds, for example:

Alicyclic (aliphatic cyclic) compounds contain carbon atoms joined in the form of a ring (homocyclic). Sometimes atoms other than carbon are also present in the ring (heterocylic).

These have a cyclic system containing at least one benzene ring. Benzene can be represented by any of the following structures: 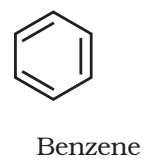 Bicyclic and tricyclic compounds also belong to this category. 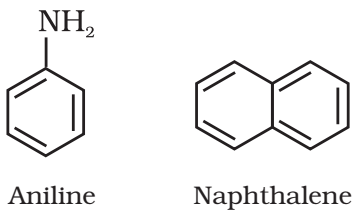 These are some compounds which show aromaticity but donot contain any benzene ring. These are called non-benzenoid. For example: 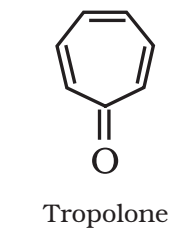 In these compounds, the ring contains one or more atoms of either nitrogen, oxygen or sulphur in addition to carbon atoms. the atoms other than carbon (such as N, O, S) present in the ring is called hetero atom. For example,

A functional group may be defined as an atom or a group of atoms present in a molecule which largely determines the chemical properties.

The general characteristics of this series are: