It is the oldest system in which names are derived from source or some property. These are mainly derived from Latin or Greek names e.g., acetic acid (acetum = vinegar), oxalic acid (oxalic), malic acid (Pyrus malus), citric acid (citric acid).

Prefix is a part of IUPAC name which appears before the word root. Prefix are of two types: 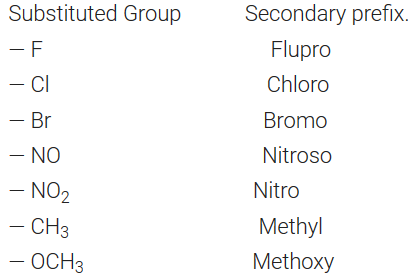