Evolution is the process by which different kinds of living organism are believed to have developed from earlier forms during the history of the earth. Both evolution and classification are interlinked.

Jean Baptiste Lamarck gave the first theory of evolution. The accepted one is The Origin of Species by Charles Darwin. (Evidence of Evolution)

Morphological and anatomical evidence. These are the organs that have the same basic structural plan and origin but different functions.

Homologous organs provide evidence for evolution by telling us that they are derived from the same ancestor.

These are the organs that have different origin and structural plan but same function example :

Fossil Archaeopteryx possesses features of reptiles as well as birds. This suggests that birds have evolved from reptiles.

Evolution of Eyes: Evolution of complex organs is not sudden it occurs due to minor changes in DNA, however, takes place bit by bit over generations.

Feathers provide insulation in cold weather but later they might become useful for flight.

Example: Dinosaurs had feathers, but could not fly using feathers. Birds seem to have later adapted the feathers to fly. 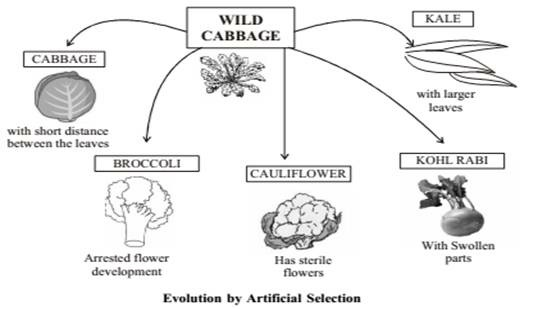