Determination of sex of an offspring.

In human beings there are 23 pairs of chromosome. Out of these 22 chromosomes pairs are called autosomes and the last pair of chromosome that help in deciding gender of that individual is called sex chromosome.

Evolution is the sequence of gradual changes which takes place in the primitive organisms, over millions of years, in which new species are produced. 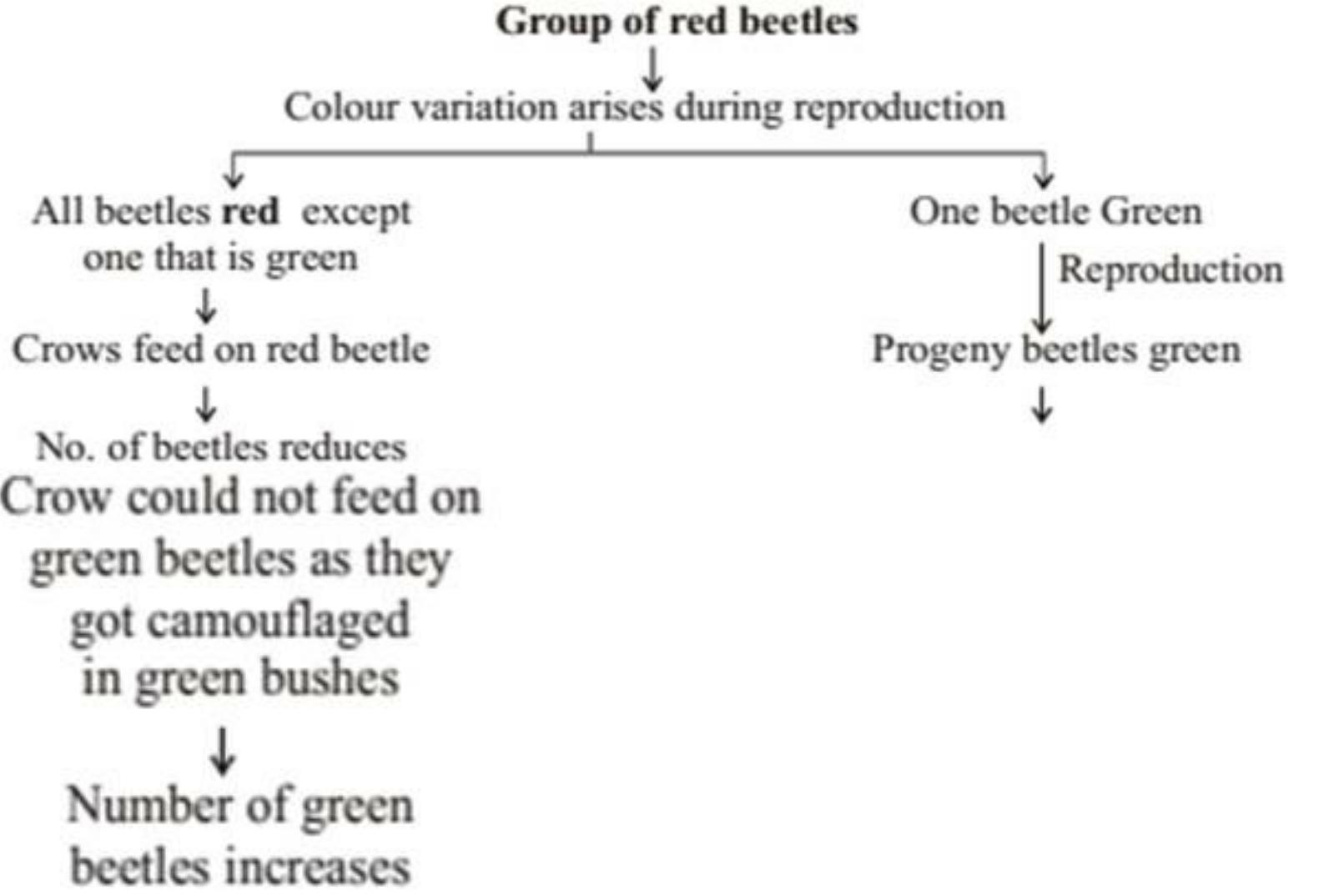 No genetic change has occurred in the population of beetle.The population gets affected for a short duration only due to environmental changes.

It is the evolution which is on a small scale. e.g. change in body colour of beetles.

The process by which new species develop from the existing species is known as speciation.

it is the process of formation of new species.

A group of similar individuals within a population that can interbreed and produce fertile offspring. Factors which lead to speciation: Geographical isolation, genetic drifts and variations.

Ways by which speciation takes place

Speciation takes place when the variation is combined with geographical isolation.

Gene flow: occurs between the population that is partly but not completely separated.

It is the random change in the frequency of alleles (gene pair) in a population over successive generations.

Natural Selection: The process by which nature selects and consolidate those organisms which are more suitably adapted and possesses favourable variations

Genetic drift takes place due to :