Mendel and His Work on Inheritance

Gregor Johann Mendel (1822& 1884) : Started his experiments on plant breeding and hybridisation. He proposed the laws of inheritance in living organisms. Law of Dominance, Law of segregation, Law of Independent Assortment. Mendel also known as Father of Genetics 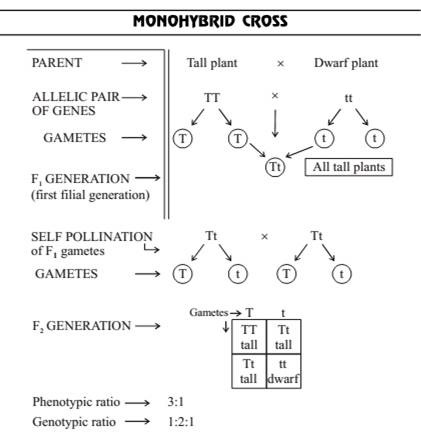 A cross between two plants having two pairs of contrasting characters is called dihybrid cross. 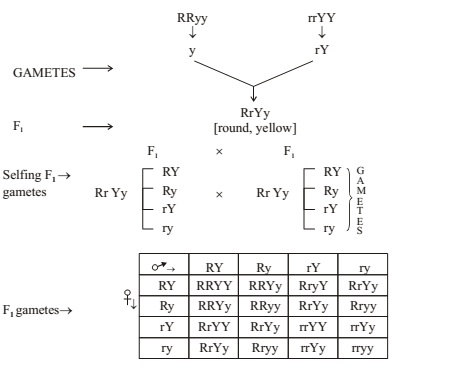 Law of Independent Assortment: Alleles of different characters separate independent from each other during gamete formation.

In the above example, alleles of texture were assorted independently from those of seed colour.