In p-block elements, the last electron enters in the outermost p-orbital. There are six groups of p-block elements in the Periodic Table, numbering from 13 to 18. Their valence shell electronic configuration is ns2np1-6 (except for He).

It is also called the boron family. It includes B, Al, Ga, In, Tl. AI is the most abundant metal and third most abundant element in the earth’s crust.

Elements of group 13 have the general outer electronic configuration of ns2np1.

Atomic radii increases down the group but not regularly.

Ionic radii regularly increases from B3+ to Tl3+.

It increases regularly on moving down the group from B to Tl.

Ionization enthalpy decreases down the group but not regularly.

Down the group, electronegativity first decreases from B to Al and the increases marginally. 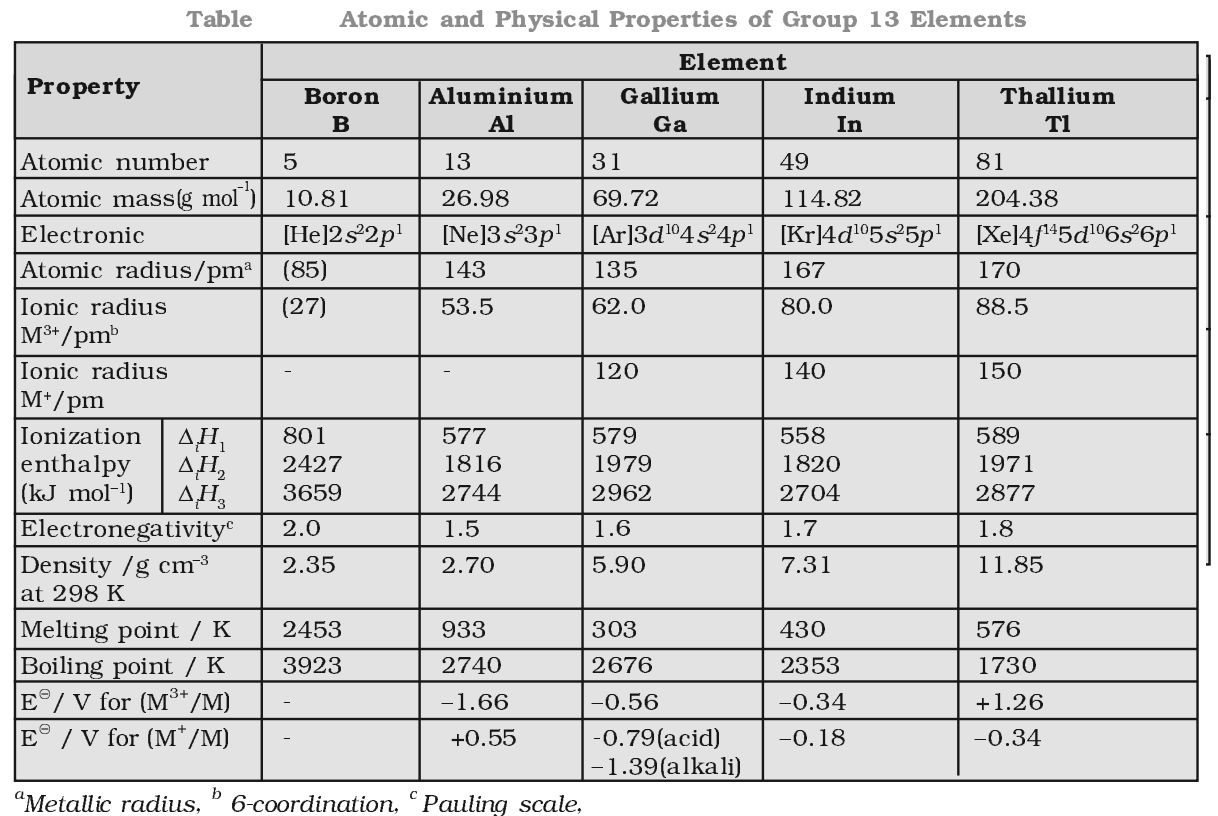 Stability of +1 oxidation state follows the order Ga < In < Tl.

Crystalline boron is unreactive whereas amorphous boron is reactive. It reacts with air at 700oC as follows

Reactivity towards acids and alkalies:

Boron does not react with acids and alkalies even at moderate temperature; but aluminium dissolves in mineral acids and aqueous alkalies and thus shows amphoteric character.
Aluminimum dissolved in dilute HCl and liberates dihydrogen.

These elements react with halogens to form trihalides (except TlI3).