Elements of group 14 have the general outer electronic configuration of ns2np2.

There is a considerable increase in covalent radius from C to Si, thereafter from Si to Pb a small increase in radius is observed. This is due to the presence of completely filled d and f orbitals in heavier members.

Ionization enthalpy decreases down the group but not regularly. Small decreases in ∆iH from Si to Ge to Sn and slight increase in ∆iH from Sn to Pb is the consequence of poor shielding effect of intervening d and f orbitals and increase in size of the atom.

Density increases with increase atomic number due to increase in mass per unit volume down the group.

The m.p and b.p decrease from carbon to lead but carbon and silicon have very high m.p and b.p due to their giant structure. 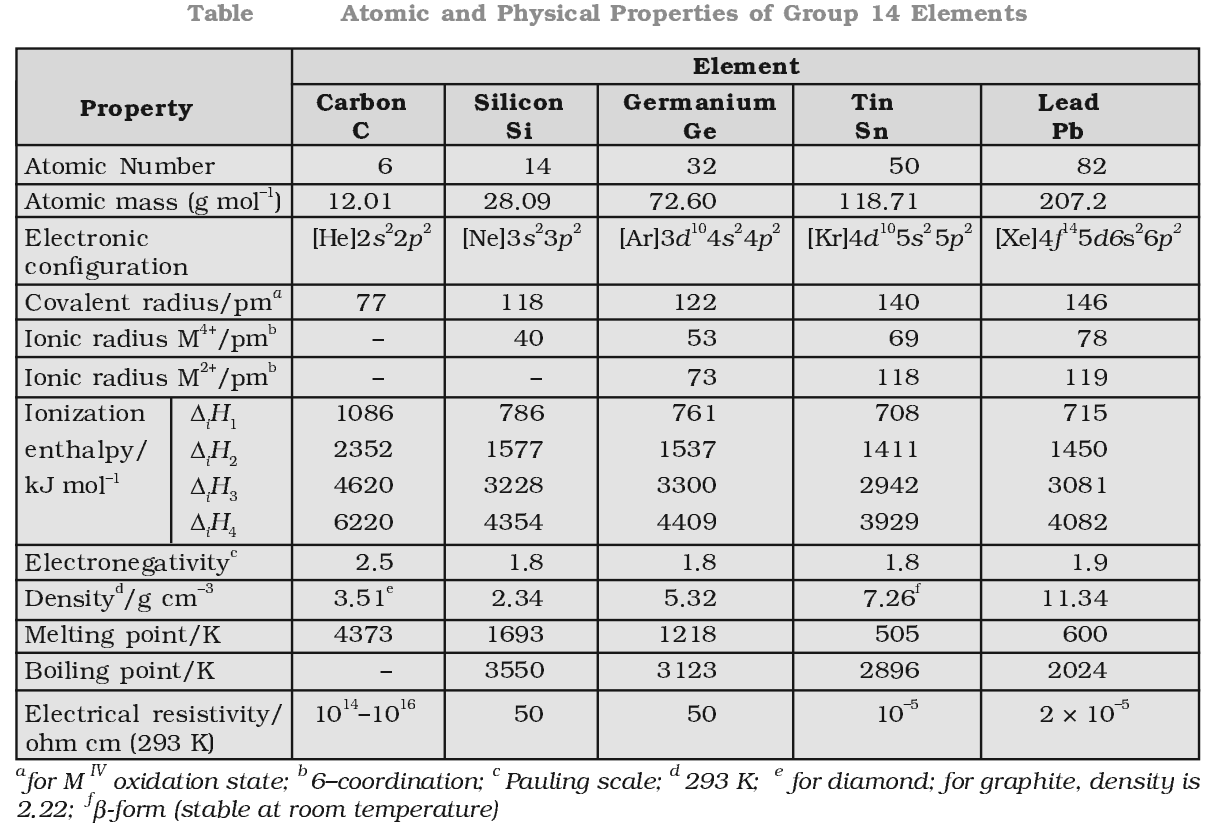 All members when heated in oxygen form oxides. There are mainly two types of oxides, i.e., monoxide and dioxide of formula MO and MO2 respectively.

CO2 is linear gas at ordinary temperature. Solid CO2 is know as dry ice or drikold.

Carbon, silicon and germanium are not affected by water. Tin decomposes steam to form dioxide and dihydrogen gas. Lead is unaffected by water, probably because of a protective oxide film formation.

Halides: All the elements give tetrahedral and covalent halides of the type MX4 except PbBr4 and PbI4.

Except C, other element form dihalides of the type MX2 which are more ionic and have higher m.p and b.p, e.g., SnCl2 is a solid whereas SnCl4 is a liquid at room temperature.