Carbon, differs from the rest of the member of its family. The main reason for the anomalous behaviour is:

It can be explained as follows:

Since carbon has only s and p-orbitals it can accommodate only four pairs of electrons: other member can expand their covalence due to the presence of d-orbitals.

Carbon can form Pπ-Pπ multiple bonds with itself and other atoms having small size and high electronegativity.

It is a greyish black hard solid and is obtained by destructive distillation.

In diamond each carbon atom undergoes sp3 hybridisation. Each carbon is tetrahedrally linked to four other carbon atoms. The C—C bond length is 154 pm. 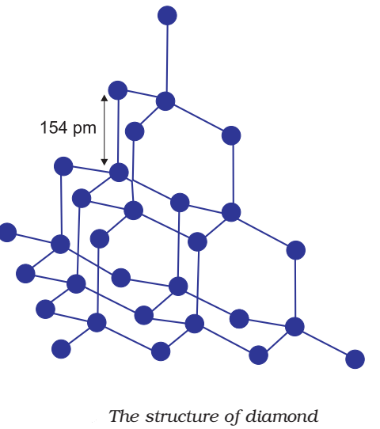 In graphite, carbon is sp2-hybridized. Graphite has a two-dimensional sheet like structure consisting of a number of hexagonal rings fused together. Layers are held by van der Waals forces and distance between two layers is 340 pm. 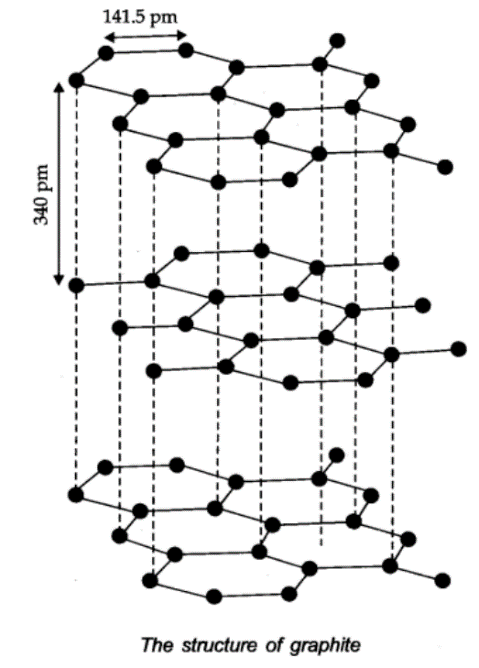 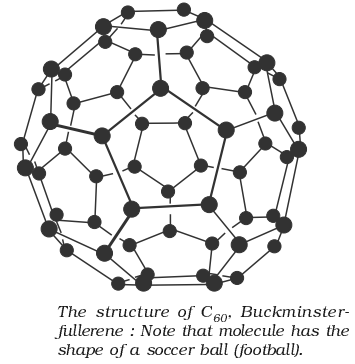