The elements of group 16 have six electrons in the outermost shell and have ns2 np4 general electronic configuration.

Due to increase in the number of shells, atomic and ionic radii increase from top to bottom in the group. The size of oxygen atoms is, however, exceptionally small.

Ionisation enthalpy decrease down the group. It is due to increase in size. However, the element of this group has lower ionisation enthalpy values compared to those of group 15 in the corresponding periods. This is due to the fact that group 15 element have extra stable half-filled p orbitals electronic configurations.

Because of the compact nature of oxygen atom, it has less negative electron gain enthalpy than sulphur. However, from sulphur onwards, the value again becomes less negative up to polonium.

Next to fluorine, oxygen has the highest electronegativity value amongst the elements. Within the group, electronegativity decreases with an increase in atomic number. This implies that the metallic character increase from oxygen to polonium. 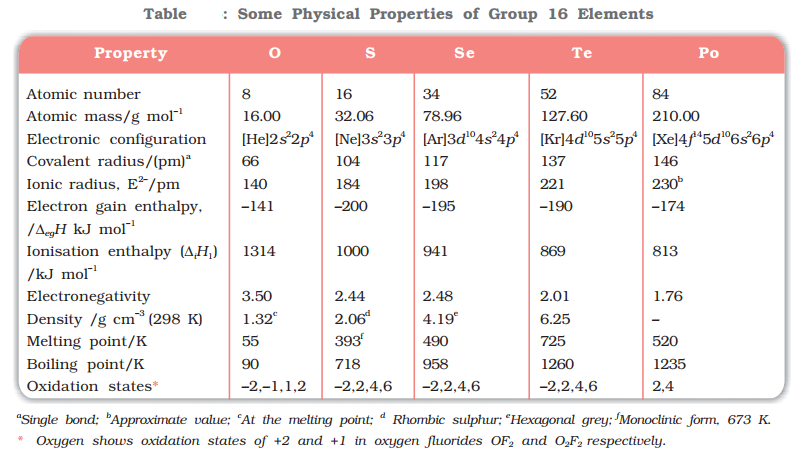