The formation of molecular orbitals can be explained by the linear combination of atomic orbitals. Combination takes place either by addition or by subtraction of wave function as shown below. 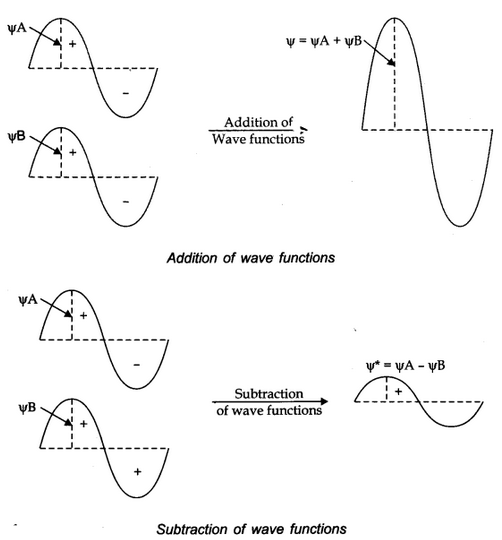 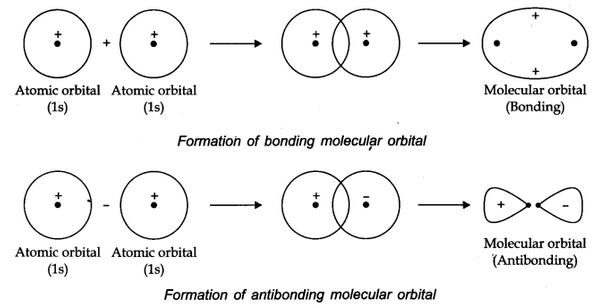 Conditions for the combination of atomic orbitals:

They are symmetrical around the bond-axis.

They are not symmetrical, because of the presence of positive lobes above and negative lobes below the molecular plane.

If Nb = No. of electrons occupying bonding orbitals.