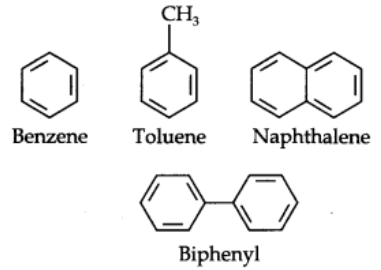 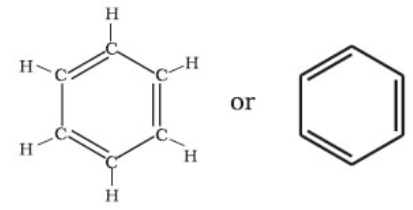 Benzene and its homologous are generally called by their common names which are accepted by the IUPAC system. The homologous of benzene having a single alkyl group are named as Alkyl benzenes.

Dimethylbenzenes have the common name Xylenes. The three isomeric xylenes are

By elemental analysis, it is found that molecular formula of benzene is C6H6. This indicates that benzene is a highly unsaturated compound. In 1865, Kekule gave the cyclic planar structure of benzene with six carbons with alternate double and single bonds.

In fact, only one ortho-dibromo benzene could be prepared.

To overcome this problem Kekule suggested that benzene was a mixture of two forms.

Kekule structure of benzene failed to explain the unique stability and its preference to substitution reaction than addition reactions.

The phenomenon in which two or more structures can be written for a substance which involve identical positions of atoms is called resonance.

In benzene’s Kekule’s structures (1) and (2) represent the resonance structures.

Actual structure – of the molecule is represented by hybrid of these two structures. 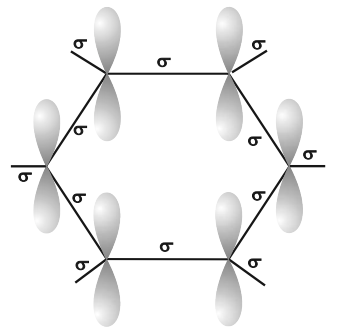 Some Examples of Atomic Compounds are given below: 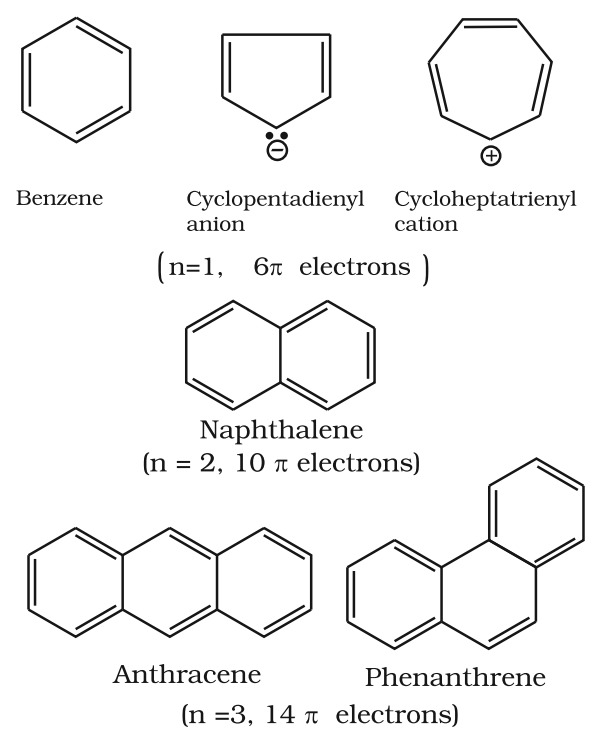 Benzene is commercially isolated from coal tar. However, there are some synthetic methods which is applied in the laboratory for the preparation of benzene. 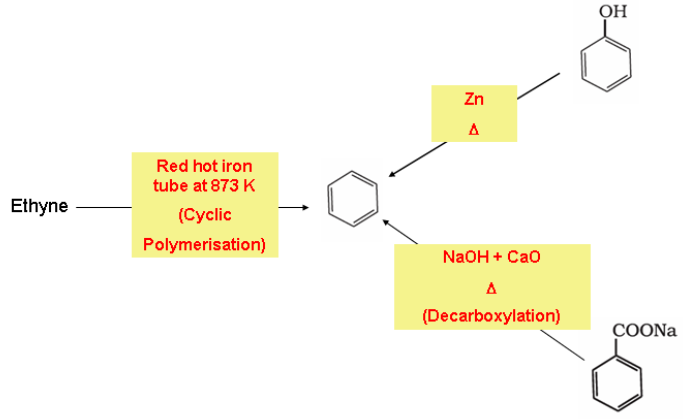 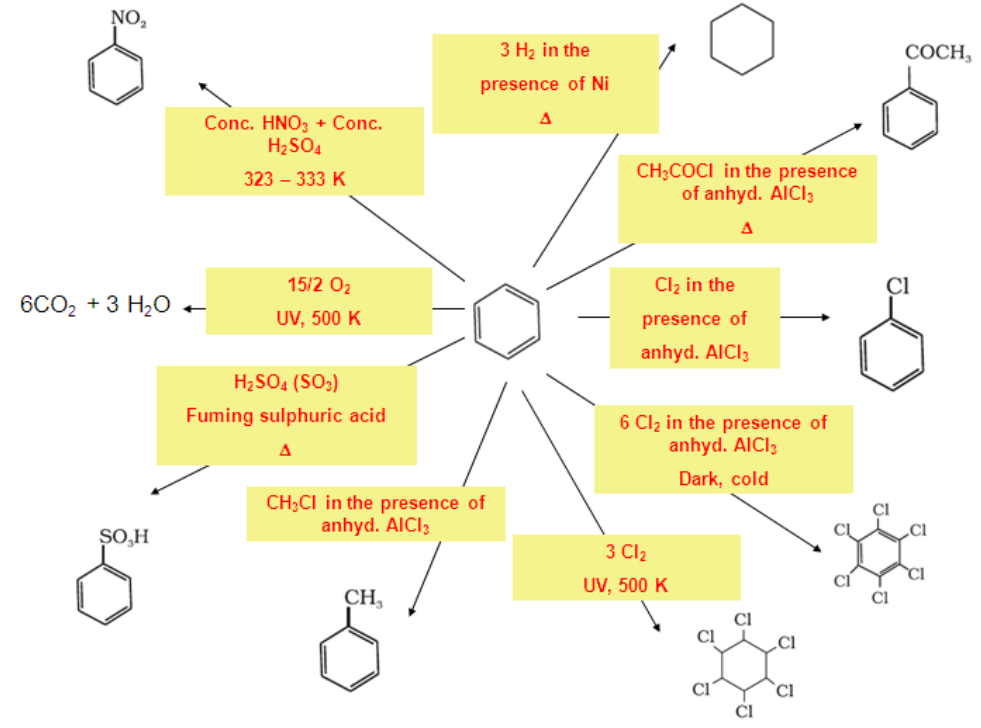 The following three steps are: 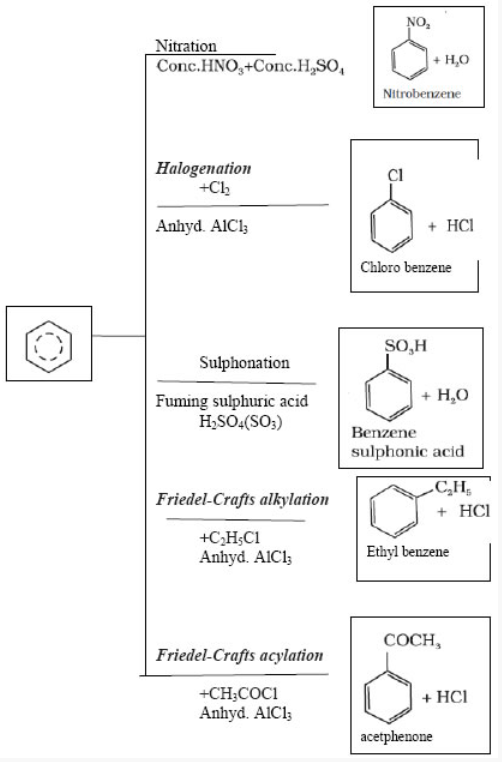 Benzene on treatment with excess of chlorine in the presence of anhydrous AlCl3 can be chlorinated to hexachlorobenzene (C6Cl6).

Step 1: Generation of the electrophile 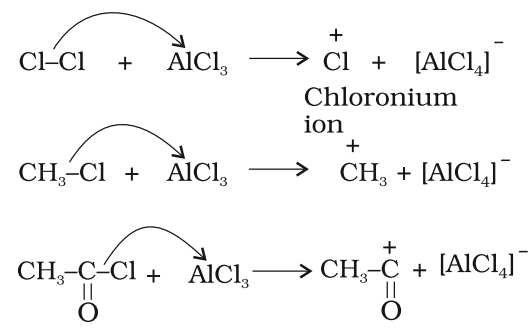 The arenium ion gets stabilized by resonance:

Step 3: Removal of proton from the carbocation intermediate

These group activates the benzene ring for the attack by an electrophile.

Due to deactivating group because of strong -I effect, overall electron density on benzene ring decrease. It makes further substitution difficult.

Let us consider the example of nitro group: Since Nitro group due to its strong -I effect reduces the electron density in benzene ring. Nitrobenzene is a resonance hybrid of following structures.

Some of the carcinogenic hydrocarbons are given below: 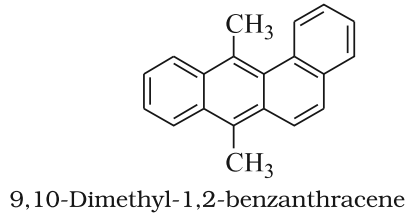