IUPAC System: The IUPAC names of alkynes are obtained by dropping the ending-ane of the parent alkane and adding the suffix-yne. Carbon chain including the triple bond is – numbered from the end nearest this bond. The position of the triple bond is indicated by prefixing the number of carbon preceding it to the name of the alkyne. 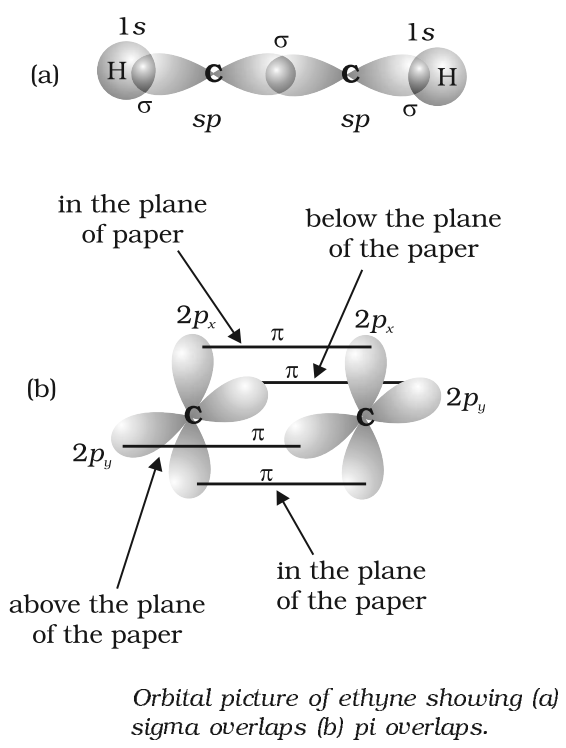 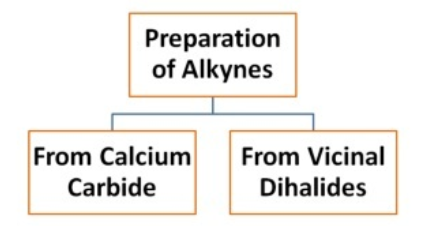 Preparation of Alkynes from calcium carbide

Preparation of Alkynes from vicinal dihalides 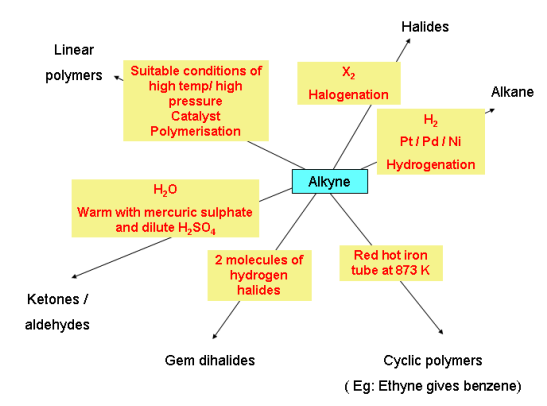 These reactions are not shown by alkenes, alkanes and non-terminal alkynes, hence used for distinction between alkane, alkene and alkyne.

Acetylenic hydrogens are acidic in nature due to 50% a-character in sp-hybridised orbitals.

Acidity of alkynes is lesser than water.

The addition product formed depends upon the stability of vinylic carbon. Addition on unsymmetrical alkynes takes place according to Markovnikov’s rule. 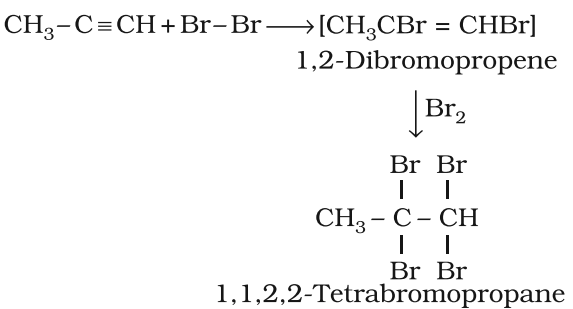 Ethyne on passing through red hot iron tube at 873K undergoes cyclic polymerization. Three molecules polymerise to form benzene, which is the starting molecule for the preparation of derivatives of benzene, dyes, drugs and large number of other organic compounds.

Liner Polymersation of ethyne gives polyacetylene or polyethyne which is a high molecular weight polyene containing repeating units of (CH = CH – CH = CH) and can be represented as — (CH = CH – CH = CH)n — b. Cyclic polymerization- results in the formation of aromatic compound.