Atom is the smallest indivisible particle of the matter. Atom is made of electron, proton and neutrons.

The nucleus was discovered by Rutherford in 1911.

Sir J. J. Thomson, who discovered the electron, was the first to suggest a model of atomic structure. 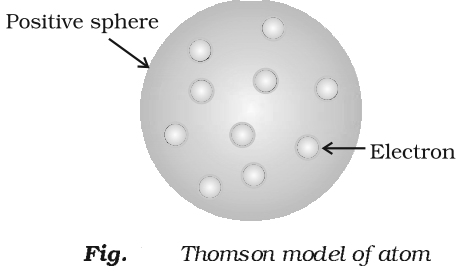 Though the model was able to explain the overall neutrality of the atom, it could not satisfactorily explain the results of scattering experiments carried out by Rutherford.

Rutherford conducted – particles scattering experiments in 1909. In this experiment, a very thin foil of gold (0.004nm) is bombarded by a fine stream of alpha particles. A fluorescent screen (ZnS) is placed behind the gold foil, where points were recorded which were emerging from -particles. Polonium was used as the source of -particles. 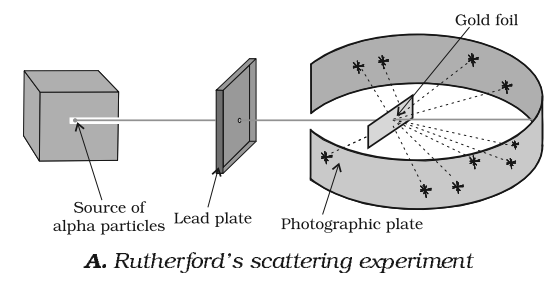 Rutherford carried out a number of experiments, involving α-particles by a very thin foil of gold. Observations were: 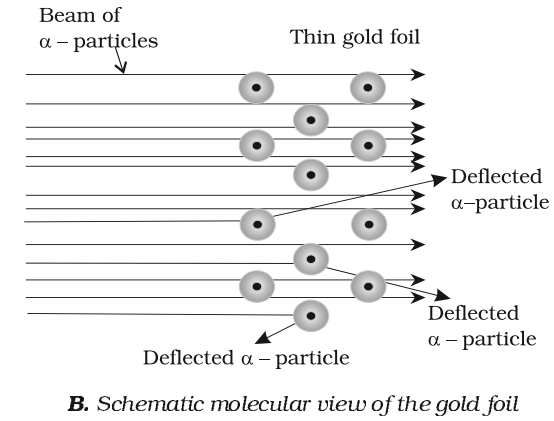 On the basis of the above observation and conclusion, Rutherford proposed the nuclear model of the atom (after the discovery of protons). According to this model: