Except Beryllium they are known as alkaline. 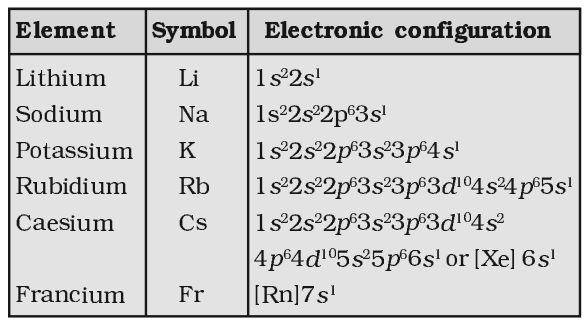 The metallic character increases down the group.

The m.p. and b.p. of alkali metals are very low and decrease with increase in atomic number.

These metals form ionic bonds. The ionic character increases as we down the group.

All the alkali metals impart a characteristic colour to the flame. 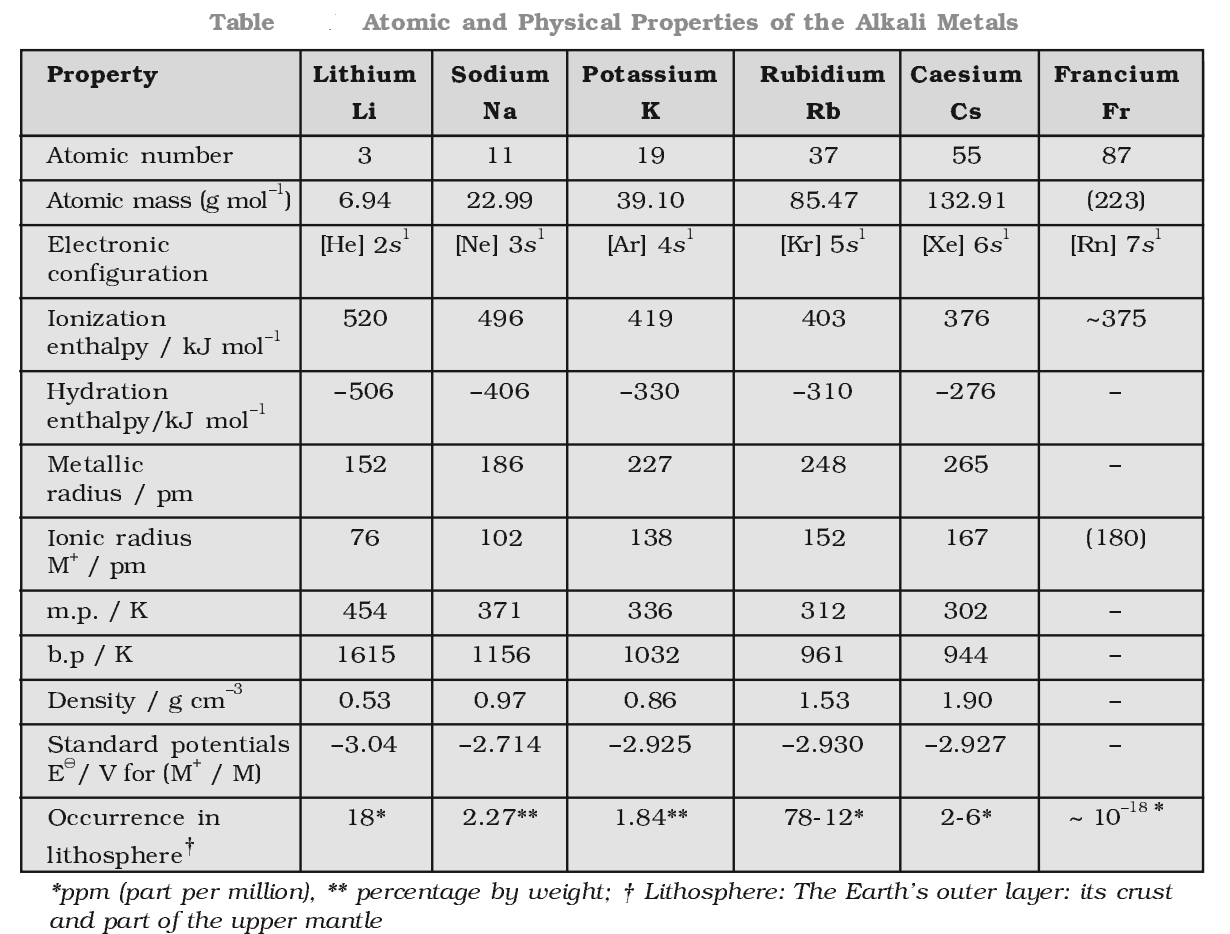 The alkali metals are highly reactive due to their large size and low ionization enthalpy. The reactivity of these metals increases down the group.

On exposure to moist air, their surface get tarnished due to the formation of their oxides, hydroxides and carbonates.

Hence, they are kept under inert liquid like kerosene oil but lithium is kept wrapped in paraffin wax because it floats on the surface of kerosene oil due to its low density.

Alkali metals react with dry hydrogen at about 673 K to form crystalline hydrides which are ionic in nature and have high melting points.

The members of the family combine with halogen to form corresponding halides which are ionic crystalline solids.

Reactivity of alkali metals with particular halogen increases from Li to Cs.

All alkali metals dissolve in liquid ammonia giving deep blue solutions which are conducting in nature.

When light falls on the ammoniated electrons, they absorb energy corresponding to red colour and the light which emit from it has blue colour.

Diagonal relationship between Li and Al

Li resembles Mg mainly due to similarity in sizes of their atoms and ions.

The main points of similarity are:

Biological importance of Na and K