They were named alkaline earth metals since they were alkaline in nature like alkali metals oxides and they were found in the earth’s crust. 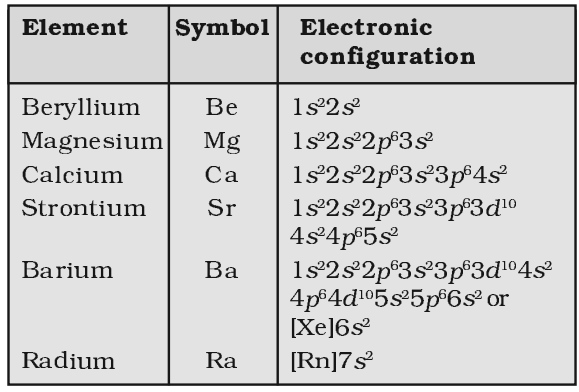 The alkaline earth metals have fairly low ionization enthalpies though greater than those of the corresponding elements of group 1 and this value decreases down the group.

Alkaline earth metals have stronger metallic bonds as compared to the alkali metals present in the same period.

The electro negativity values of alkaline earth metals are quite close to those of alkali metals, though slightly more.

The melting point and boiling points of these metals are higher than those of alkali metals present in the same period.

These are much denser than alkali metal is because of their smaller size and greater nuclear charge and mass. The density however, first decreases from Be to Ca and then steadily increase from Ca to Ra due to difference in type of crystal structure. 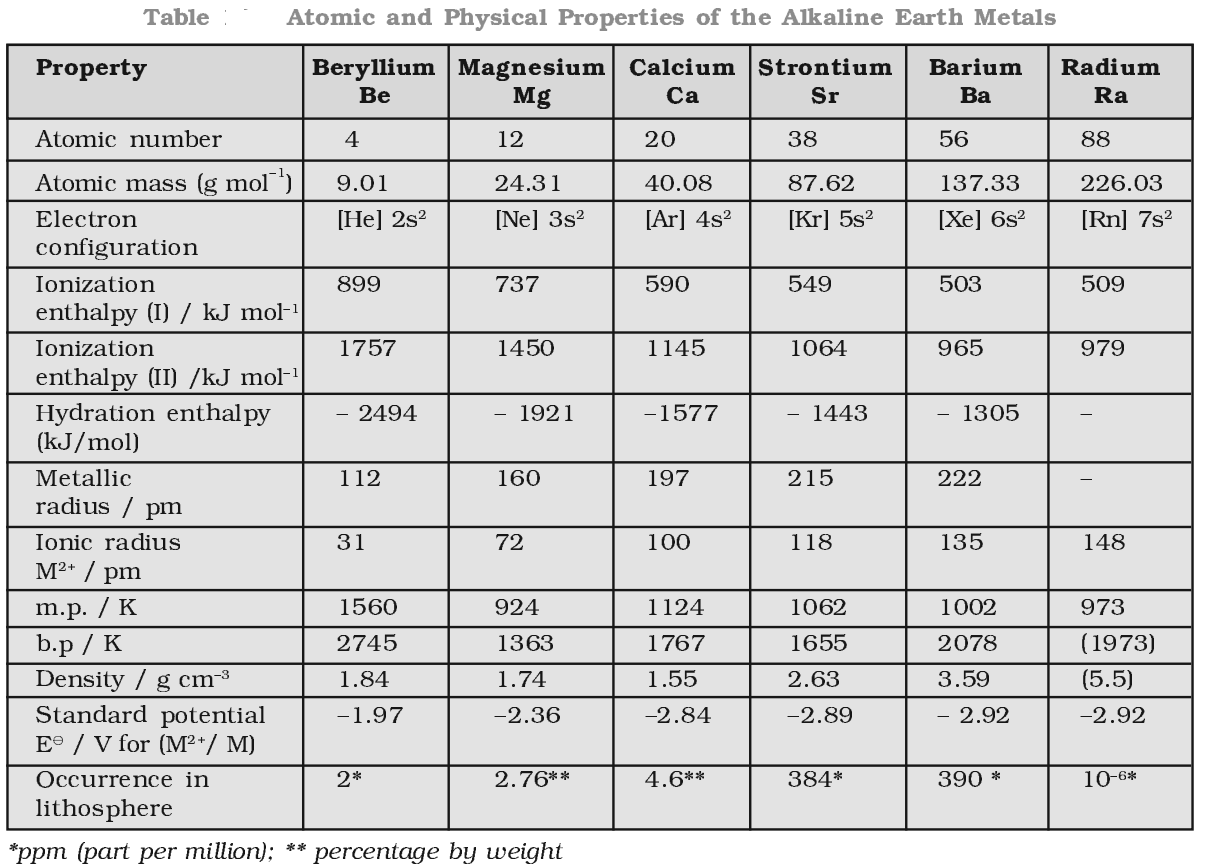 The alkaline earth metals are less reactive than the alkali metals. The reactivity of these elements increases on going down the group.

Since these metals are less electropositive than alkali metals, they are less reactive towards water.

Magnesium reacts with boiling water or steam. Rest of the members reacts even with cold water.

The affinity towards oxygen increases down the group. Thus, Be, Mg and Ca when heated with O2 form monoxides while Sr, Ba and Ra form peroxides.

Reactivity towards the halogens:

They combine with the halogens at appropriate temperature to form corresponding halides MX2.

Thermal decomposition of (NH4)2 BeF4 is used for the preparation of BeF2.

These metals except Be combine with hydrogen directly upon heating to form metal hydrides.

Alkaline earth metals except Be, displace H2 from acids.

Reactivity increases down the group from Mg to Ba. Only Mg displaces H2 from a very dilute HNO3.

The tendency to form ammoniates decreases with increase in size of the metal atom (i.e., on moving down the group).

Uses of Some important compounds

The alkaline earth metals also form salts of oxoacids. Some of these are:

Reason: Due to greater hydration enthalpies of Be2+ ions and Mg2+ ions they overcome the lattice enthalpy factor. Their sulphates are soluble in water.

Beryllium, differs from the rest of the members of its group due to the following reasons:

Diagonal Relationship Between Be and Al

Biological importance of Ca and Mg