The pressure exerted by the vapour of a liquid, at a particular temperature in a state of dynamic equilibrium, is called the vapour pressure.

Two important factors on which the vapour pressure of a liquids depends are:

It is the force acting per unit length perpendicular to the imaginary line drawn on the surface of liquid. It is denoted γ (gamma); 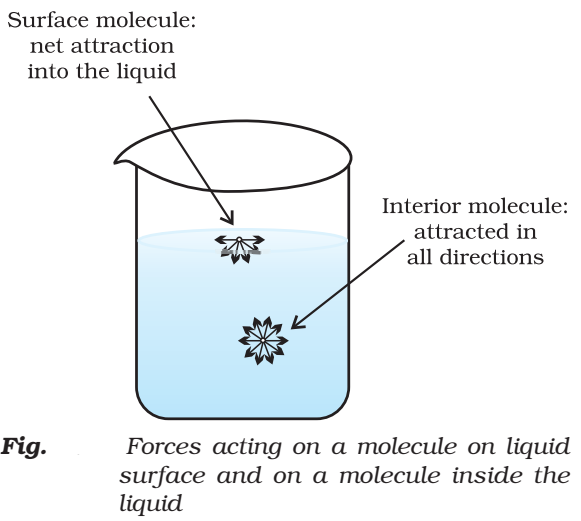 The magnitude of surface tension of a liquid depends on the attractive forces between the molecules. It is measured with the help of an apparatus called stalagmometer.

Rise of fall of liquid in a capacity tube is due to surface tension. 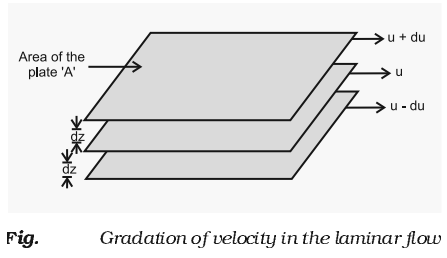 Thus, force is required to maintain the flow of layers.

Where ‘η’ is proportionality constant and is called coefficient of viscosity.

In C.G.S system, the unit of coefficient of viscosity is poise.

Effect of temperature on viscosity:

Viscosity of liquids decreases as the temperature rises because at high temperature, molecules have high kinetic energy and can overcome the intermolecular forces to slip past one another.