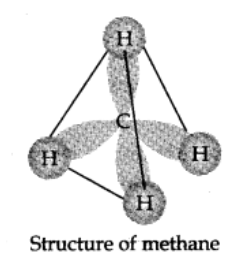 In methane carbon forms single bonds with four hydrogen atoms. All H—C—H bond angles are of 109.5°. Methane has a tetrahedral structure. C—C and C—H bonds are formed by head-on overlapping of sp3 hybrid orbitals of carbon and Is orbitals of hydrogen atoms.

In the given example, longest chain has seven carbons. The seven-carbon chain is heptane.

The chain is numbered from left to right. This gives lowest numbers to the attached alkyl group.

In this case the IUPAC name is 4-Ethyl-2,3-dimethyl heptane. Always keep in mind

By adding Dihydrogen gas adds to alkenes and alkynes in the presence of finely divided catalysts like platinum, palladium or nickel to form alkanes. This process is called hydrogenation.

On reduction with zinc and dilute hydrochloric acid

Used for the preparation of higher alkanes

On electrolysis of aqueous solution of sodium or potassium salt of a carboxylic acid gives alkane containing even number of carbon atoms. 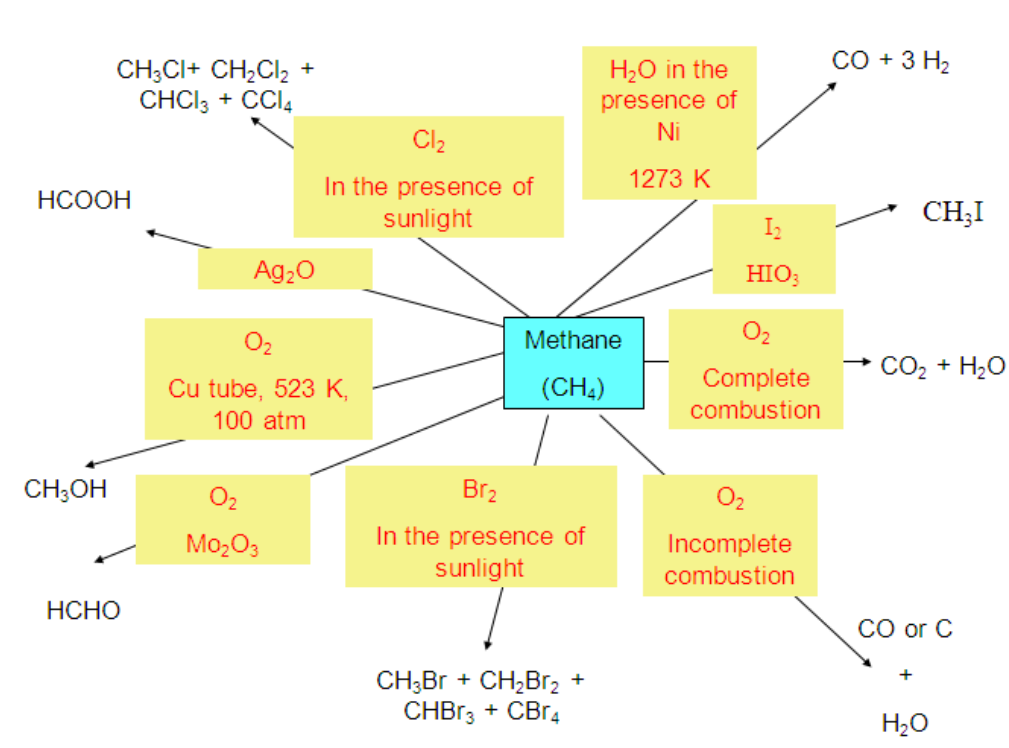 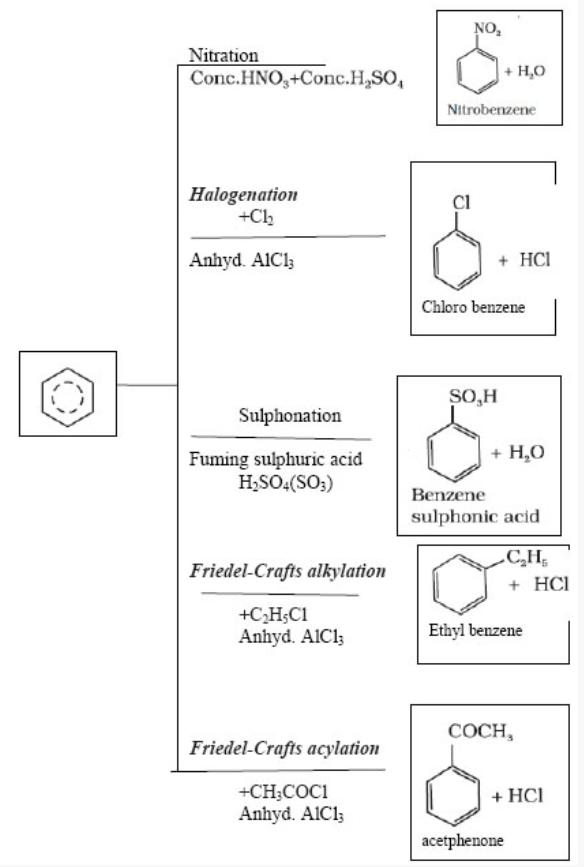 This involves the replacement of one or more atoms of alkanes by the corresponding number of halogen atoms. For example:

Bromination of alkanes proceeds in the same way but not so easily.

Order of reactivity of halogens is

Order of reactivity of hydrogen of alkane is

Mechanism of halogenation of alkanes is free radical in nature, i.e., the attacking reagent is a halogen free radical (X). It is a chain reaction.

The reaction is initiated by homolysis of chlorine molecule in the presence of light or heat. The Cl–Cl bond is weaker than the C–C and C–H bond and hence, is easiest to break.

Chlorine free radical attacks the methane molecule and takes the reaction in the forward direction by breaking the C-H bond to generate methyl free radical with the formation of H-Cl.

The reaction stops after some time due to consumption of reactants and / or due to the following side reactions:
The possible chain terminating steps are:

On heating in presence of air, they are completely oxidized to carbon dioxide with large amount of heat.

Alkanes on heating with a regulated supply of dioxygen or air at high pressure and in the presence of suitable catalysts give a variety of oxidation products.

Methane reacts with steam at 1273 K in the presence of nickel catalyst to form carbon monoxide and dihydrogen. This method is used for industrial preparation of dihydrogen gas.

Alkanes isomerise to branched chain alkanes when heated with anhydrous aluminium chloride (AlCl3) and hydrogen chloride gas at 573 K under a pressure of about 30-35 atmosphere.

n-Alkanes having six or more carbon atoms on heating to 773K at 10-20 atmospheric pressure in the presence of oxides of vanadium, molybdenum or chromium supported over alumina get dehydrogenated and cyclised to benzene and its homologues. This reaction is known as aromatization or reforming.

when higher alkanes are heated at high temp (about 700-800k) in the presence of alumina or silica catalysts, the alkanes break down to lower alkanes and alkenes.

The spatial arrangements of atoms which can be converted into one another by rotation around a C-C single bond are called conformations or conformers or rotamers. 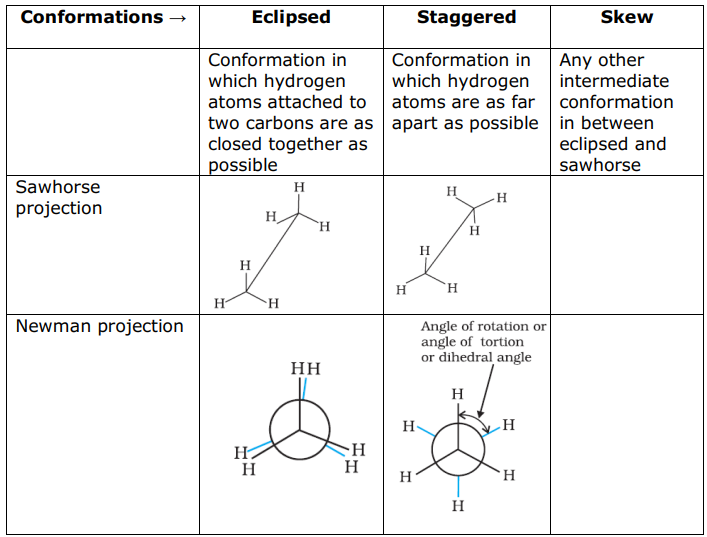